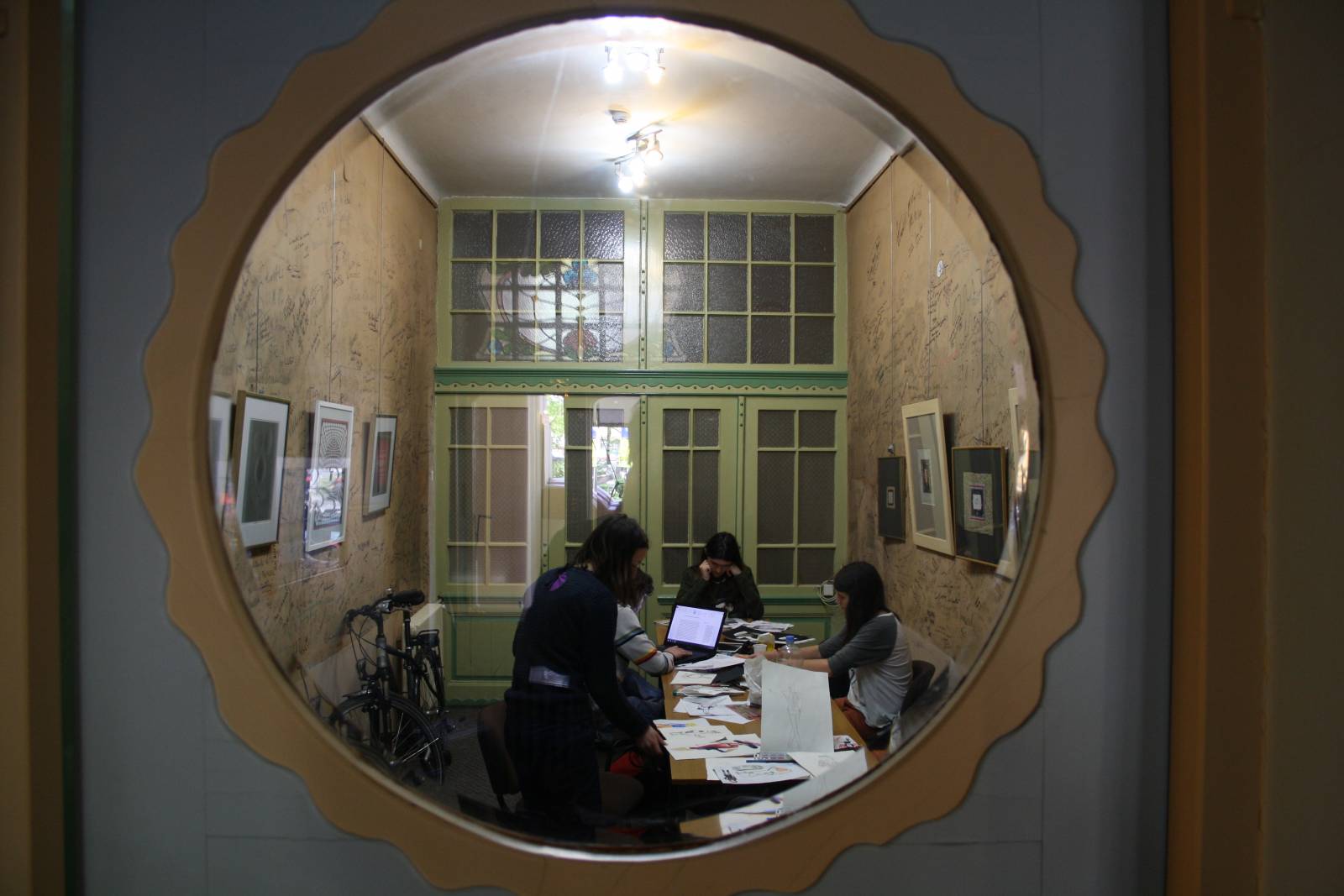 Alternative models of production organized by the Centre for Cultural Decontamination, in cooperation with the YUROM Center Nis, Sent from Novi Pazar and the Active Region from Subotica, will be an exhibition of Visual Creative Writing Workshop led by visual artist Vanja Subotic, writer and publicist Atila Širbik.

The Visual Creative Writing Workshops that have taken place in the past three months are attempting to – by reducing the specificity of written language and visuality into one common denominator – solve problems that largely occupy the young members of the “here and now” generation. Be it local or global problems, objective or subjective, individual or collective, socio-civic, political, cultural issues or questions about the process of artistic creation.

We believe that artistic freedom is not something given in advance; so in order to find that using our creativity and talent and make it our own, through a variety of methods, concepts, techniques, and strategies.

During the workshop, the conquest of theoretical and practical knowledge, anyone could find themselves closest to, their own lifestyle and personality in an appropriate way, which is self-starting, they can become able to create works of art and various projects.

The works exhibited were created on the basis of a common reflection and collective, creative work.

One part of the exhibition includes works that could be interpreted as a final manufactures, photo strip, photo box, which might be included in the art genre facility, and the second part, a sound installation in connection with them. This documentary exhibition includes tools, items used during the workshops, which are in the context of the advance of art objects in the exhibition space.

After the opening of the exhibition, we will host a concert by Senkiháza.

The project is supported by the European Union – Project “Support to Civil Society” (EU – IPA), the Secretariat of Culture – Government of the City of Belgrade, the Open Society Foundation, Charles Mott Foundation.