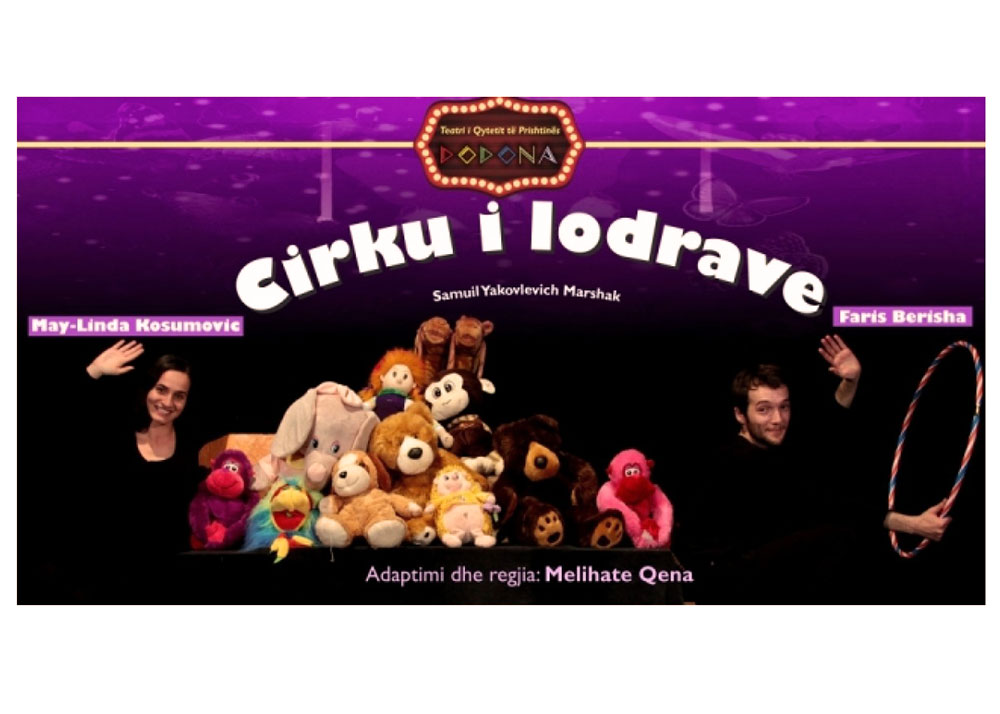 The play “Circus” presents two young children forming a circus through their doll games. They want to present the circus to the public, but It`s only half prepared.  From time to time, during the presentation of the circus, they get involved in children`s daily fights and completely forget about being involved in the circus.

Festival “Mirdita, dobar dan!“which will be held in Belgrade June 4 – 8, introduces Belgrade public to the cultural scene of Kosovo for the second time, as a cultural contribution of the general aspirations of permanent peace establishment and normalization of relationships between Serbia and Kosovo.

Leading idea behind the festival is initiation of encounters and cultural exchange between Serbia and Kosovo scene so these encounters become a tradition and continually contribute to the cooperation of the two societies to improve social, political and cultural relationships.

Bekim Fehmiu, Albanian, Kosovo, Belgrade, Yugoslav and world actor – a symbol of joint past, together with all of its challenges, achievements and misunderstandings, was and is an inspiration for establishment and realization of the festival.

Visitors of the Festival will have an opportunity to learn more about the cultural scene of Kosovo – theatre, film, music, and visual artwork. Besides the above mentioned, public debates which will critically examine relationships between Serbia and Kosovo from the standpoint of inheritance from the past, as well as perspective for cooperation in the area of economy, trade, education, sport, civil sector and all segments of the society, will be held.

Detailed program can be downloaded here