Towards a Different City – Ekümenopolis: City Without Limits 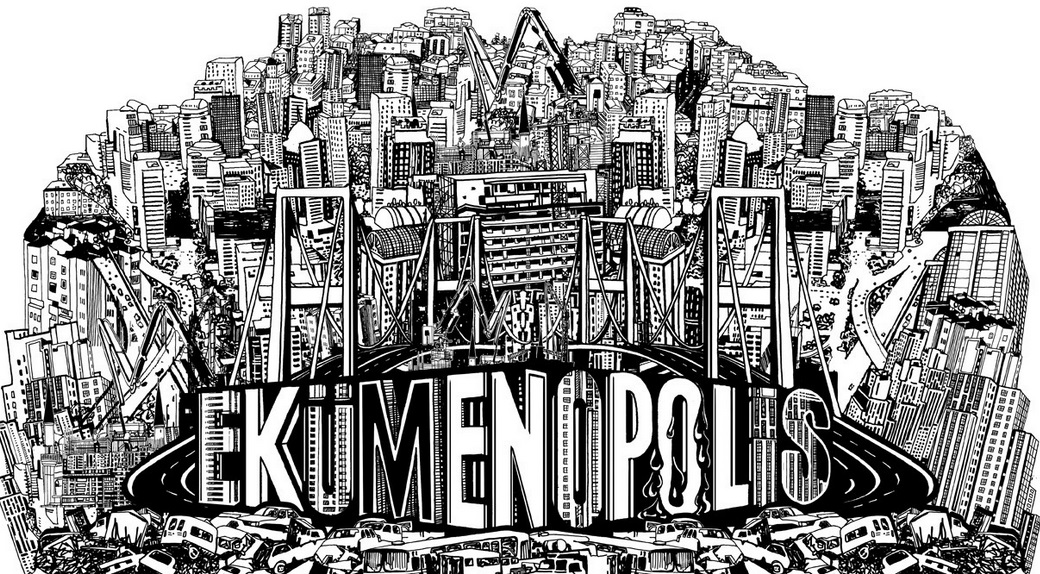 As the continuation of the “Towards a Different City” series of events, the Ministry of Space collective invites you to a film screening and discussion about urban planning in Istanbul and Turkey.

On Wednesday 15th October at 6 pm in the Center for Cultural Decontamination (Birčaninova street 21) we are screening the film Ekümenopolis: City Without Limits (2011) by Imre Azem

About the film: Ekümenopolis: City Without Limits is a story about Istanbul and other megalopolises en route to their neoliberal destruction. The film follows a family of migrants from the moment of leveling down their neighborhood thorough their struggle for their tenancy rights. It takes a macro perspective on the city through experts’ eyes while traveling from the tops of skyscrapers to the depths of railway tunnels under the Bosporus, from the historical settlements on the south of the city to the forests on the north, from the isolated islands of poverty to the rich people’s villas. It paints a realistic picture of Istanbul in the hectic process of change – a city with 15 to 30 million people, a city with 2 to 8 million cars, a city that will envelop the whole region in the near future.

Introductory word: Before the screening Nina Rajković will give an overview of the urban and economic policies of Istanbul city authorities that started in the 1970s and of the urban transformation and social segregation caused by those policies. Nina Rajković graduated in sociology and Turkish language at the Faculty of Philosophy in Zagreb on the subject of “The Urban Transformation of Istanbul and its Impact on Informal Housing in Istanbul”. She got her MA in history at the Central European University (CEU). She is active in the Organization for Workers’ Initiative and Democratization (BRID) from Zagreb.