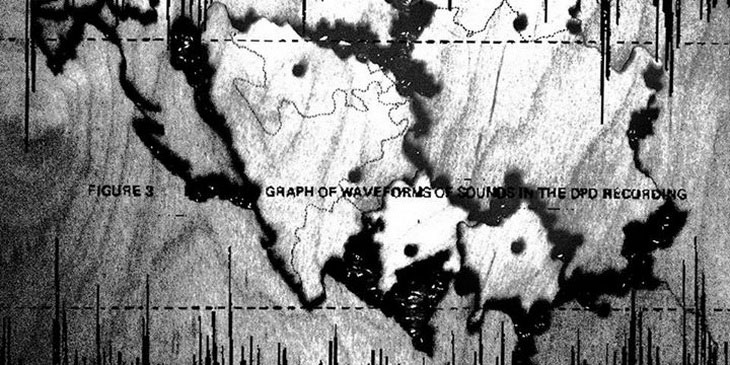 The Center for Cultural Decontamination, Belgrade; The Ignorant Schoolmaster and his Committees, Belgrade; The Museum of Contemporary Art, Belgrade; are leading the artistic research, production of audio artworks and the traveling exhibition in the project Testimony — Truth or Politics in cooperation with Boem, Vienna, Austria; Via Lactea, Avelgem, Belgium; Osservatorio Balcani e Caucaso Transeuropa  (OBCT Transeuropa), Rovereto, Italy; as well as academic institutions in Europe.

The Concept of Testimony in the Commemoration of the Yugoslav Wars

Artists are invited to submit their proposals and additional material for this open call by November 10th 2016. Selected proposals will be announced through email by the November 20th 2016.

The research for and production of the artworks will be conducted till June 2017 and the final artworks will be presented in autumn 2017 in a traveling exhibition in 4 countries —Italy, Austria and Belgium, concluding at the Milica Zorić and Rodoljub Čolaković Gallery-Legacy of the Museum of Contemporary Art Belgrade, Serbia.

The project is based on over 200 interviews done with war participants and anti-war activists, in the years 2012–2014 as a part of the project Naming IT War and additional interviews that will be done through this project’s duration. It presents two lines of intertwined research of the concept of testimony in commemoration practices and the Yugoslav Wars of the 1990s. It regards both interviews and the artworks reflecting on these interviews as testimony. In this context the artists are invited to study both the material side of the testimonies i.e. sound and voice, their content and the political, economic, social and cultural context at different key moments of the testimony i.e. the time of experience, the time of testifying and the time of production of the artworks.

25 years have passed from the beginning of the Yugoslav Wars. This new war in Europe has shaken the perception that the structures built after WWII will ensure a lasting peace. This project aims to increase the production of knowledge capital, disseminating the realities of facts about the wars – their participants, causes and consequences by gathering testimonies from war participants and anti-war activists. Reflecting on these testimonies through exhibitions and conferences will emphasize the role of testimony as an act of active citizenship in creating the historical narrative through public debate. During the conflicts and afterwards, some testimonies were used by the official establishment of each of the succeeding country, in the media, in schoolbooks or historical exhibitions to justify its own national, ethnic or religious position, while others that were not willing to justify these positions were silenced through direct political repression and through systematic erasure of the frame of reference that relates these testimonies to the reality they presume to represent. That precise testimony that points to the functioning of the system is the testimony that Primo Levi defines as anti-fascist and as such political. With Foucault we assume that the function of the intellectual is not to lead the masses but to struggle against the barriers installed by his/her peers which prevent these testimonies to be effectively heard in the public sphere. Since the end of the wars, a new generation has grown up that has no direct experience of war, and has been informed only through these manipulated narratives. This project will show how individual testimonies act as a critical force against officially communicated history and reflect a common experience of these wars and their consequences. Since witnessing is a participative act, testifying is an act of speech with multiple addressees at once, in the least, those relating to the situation testified upon, the situation of testifying and a self- address which constitutes multiple speakers. The simultaneity of time and space creates an ever changing assemblage of singular-plural social relations, intimate and political, at work much after the testimony has been given and anew each time it is heard. The diversity of social relations at the base of testimony makes its relation to reality, both that experienced and that in which testimony is heard, complex. This makes it unstable for the purpose of the listener whose demand is for The Truth i.e. a comprehensive meaning which would constitute the person testifying as Subject and both testifying and testified factual situations as Events. The artistic research, exhibition and conferences will examine how reality emerges from the plurality of testimony regardless of the different regulative measures taken by the various listeners — individuals, institutions, theory, disciplines, ideologies and language itself — in order to unify speech.
As mentioned above, the exhibition is focused on audio-works (installations, composition, performance, etc.). Artists are invited to work with voice and sound as well as with content so that the call welcomes also artists who do not speak the language in which the interviews were conducted.

Artists are encouraged to conduct new interviews and include them in the project alongside and in dialog with the existing ones.

1. Concept of the artwork and a preliminary timeline for realization (1 to 3 pages A4);

3. CV/portfolio not to exceed 3MB, larger files should be sent via Wetransfer with the reference stating the name of the proposed project;

The selected artist will be invited to participate in a 4-day preparation seminar in the beginning of December in Belgrade, Serbia. The seminar will include presentation the project Naming IT War and other projects related to commemoration of the Yugoslav Wars, conceptual discussion of Testimony as well as discussion with the artists of their future projects.