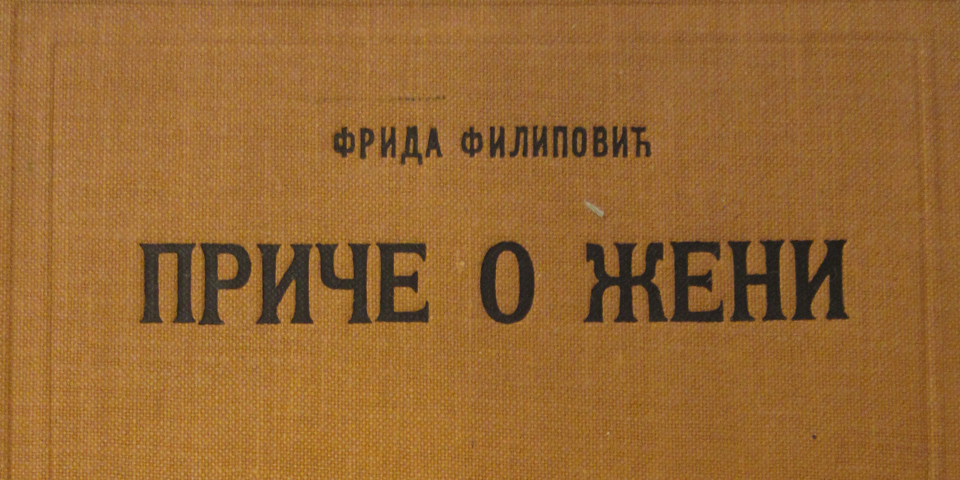 Frida Filipović’s and Nadežda Tutunović’s prose works represent one of the layers of literary heritage that is not visible enough within the Serbian/Yugoslav cultural context. The oblivion of Nadežda (Ilić) Tutunović’s works is somewhat expected since her orientation towards popular genre that was straightforwardly despised by Serbian literary critique from the 1950s onwards. On the other hand, despite the fact that Frida Filipović was, until her death at the beginning of 21st century, an accomplished translator (she translated Sartre, Lyotard, Baudrillard, Bachelard, Ricoeur, Derrida), a screenwriter (Look for Vanda Kos, 1957 and Bitter Weeds, 1967) and a novelist (Bitter Weeds, 2000), her oeuvre remained unknown to wider (literary) audiences. However, the topic of this conversation is not the whole oeuvre of those two female authors nor the problem of their marginalization, but defining a specific literary current established by the collections of short stories of the two authors and only in definite, socially exceptional moments of their publication.

The prose written by the two authors in the period from the 1930s to 1950s represents a phenomenon of a (doubly) engaged female literature. Starting with first collections of short stories published by Our Book edition of the Publishing Bookstore of Geca Kon (Tutunović, Belgrade Stories, 1934 and Through the Streets and Souls, 1938; Filipović, Stories about a Woman, 1937) the authors took a stance of clear feminist and social engagement. They continued to uphold it in the times after the Second World War with new collections of short stories (Tutunović, A Full Glass, 1953, Belgrade, Prosveta and Filipović, Up Until Today, 1956, Belgrade, Prosveta). The thematic continuity in the prose of the two authors is one of the symptoms of continuities between feminist and leftist/communist/antifascist struggles showing that the Second World War brought to both global and Yugoslav scene not only (just) a break, rupture, discontinuity in social life and social processes, but something quite opposite: a crux of continuities between certain social developments and intellectual traditions.