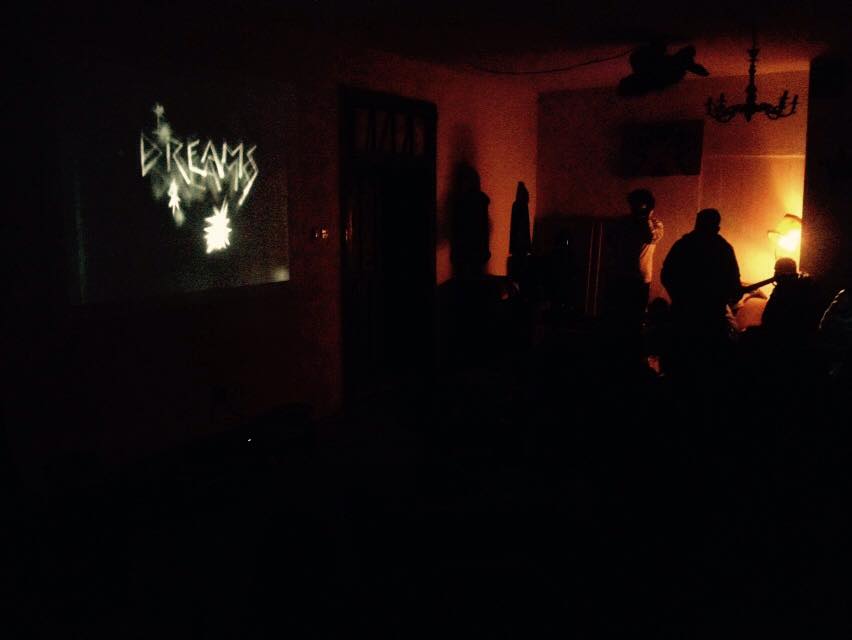 The film laboratory/initiative Kino pleme – Live Soundtrack celebrates in November the biennial of organizing events that are dedicated to creating soundtracks for short silent animated and experimental films. During the period, the event has proven to be a gathering place as well a place of discovery for otherwise unnoticeable audio-visual scene consisting of both self-taught and academically educated musicians that create in the fields of electronic and electro-acoustic music, improvisation, drone and noise music. The event has also proven to be unique in organizing screenings on topic such as visual anthropology, surrealist rebus or textual film.

This time the topic is again unprecedented in our context – Women in Electronic Music. From the first ladies of electronic studies (Delia Derbyshire, Daphne Oram), synth pioneers (Laurie Spiegel, Suzanne Ciani) via creators of the new concepts of listening (Pauline Oliveros) to countless heroines pushed to the margins of music history dominated by majoritarian patriarchal culture. Women have always brought freshness to electronic music – with their different sensibilities, listening abilities, subaltern aesthetics and topics.

In the tradition of previous events that featured local avant-garde female musicians that bring together what is deemed as incompatible (like ), this time we present female producers that have moved from the field of electronic club music to more experimental and polymatic sensibilities and their soundtracks for four poetic and surrealist animated films.

Fear of Symmetry is a project by Zdravka Jakovljević, who started in music as bass player in a post-punk, shoegaze band. During the late 1990s she had a radio show on alternative music and she organized a few events where she got her first experience as a DJ. She got later interested in electronic music and she followed the underground electronic scene with enthusiasm. She started making her own music in 2004 with Propellerhead Reason Studio program she still uses today. Her first EP Fear of Symmetry was published by the FEM records in 2009 encompassing different music genres. She also performs as a DJ under pseudonym DJ Zoe.

“This short-animated film seeks to answer the eternal questions – what is death? and what happens after death? from the perspective of ancient legends and reliving the experiences and memories of a dying individual.”

Zhe Pechorin is a pseudonym used by Anđelina Mićić, who had three solo releases in collaboration with the publishing house Generation Bass, as well as an appearance on a various artists release with her remix of “The Last Sacrifice” by the Dutch producer Streamer.

Zhe’s music is an outcome of acceptance of challenges, absolute spontaneity, playing and intuition. Recently she is combining ambient, modern classical and atmospheric techno music as well as ritualistic repetitive percussions. It is this sound that enables this self-taught producer to receive offers for her music releases and international collaboration.

“The second film for Canadian film production NFB deals with important questions such as the role of the human in the universe and the meaning of human existence. The animated film is progressing through unsuspected cinematic adventures and imaginative acts following the main character lost in a ‘dream that dreams film about dreams that life is made of’.”

!ESC is a project by Nina Lazarević, who is active in recording and composing from 2009. She tried out different forms club music (under pseudonyms such as Catfish Went Wrong and Nanna Delay) in order to arrive at more abstract and experimental musical fields opened up by industrial, post-punk and glitch music. Her music is characterized by an intense atmosphere and interwoven with subliminal minimal beats or floating ones in a haunting ambience.

“The main character of this short, surreal animation story is a man obsessed with control. In an automatized world devoid of emotions, he is tormented by a longing. Will he be able to overcome his obsessions and fears?”

Old Soviet Fox is a joint musical project of the Live Soundtrack ensemble (Aleksandra Dačić and Jelena Dunić) that fluctuates between electronic and ambient sounds, represented by a fusion of analog synthesizers and software-generated sound.

Aleksandra Dačić is a piano teacher and co-repetitor for solo singers in music schools. Sh played in electronic improv bands such as Crosscuts and Ku!KU and she appeared on the Sideline.

Jelena Dunić is the author of radio show “This World Needs a Mother” on the Popscotch.