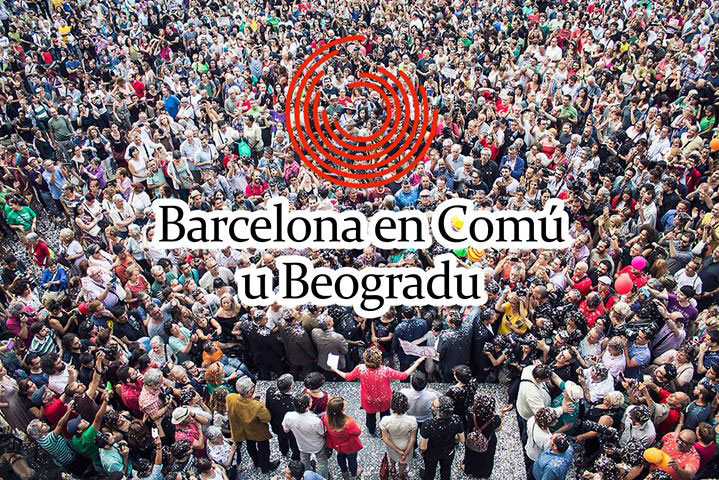 The initiative Don’t let Belgrade D(r)own is proud to welcome two activists from the civic platform Barcelona en Comú (Barcelona in Common/Barcelona for Common Good) – Laura Rot and David Fernández. The civic platform Barcelona en Comú won the municipal elections in Barcelona in 2015 and is currently running Barcelona as a minoritarian government led by Ada Colau, former activist for tenant rights. The politics of this platform is based on the ideas of social justice, of participatory democracy, of creating mechanisms against corruption and of development of a new tourist concept for Barcelona.

The discussion with Laura and David will focus on the ways in which a local government can counter speculations with housing funds by penalizing Airbub and the banks, bring back the waterworks in municipal ownership, support feminization of politics, initiate a network of Spanish cities for solidarity with migrants and generate a fund for social relief using the money created by the difference between the salaries of their representatives in the parliament and statutory given amount.

Discussion in English will be moderated by Ana Dzokic and Marc Neelen in the Center for Cultural Decontamination in Belgrade, starting from 6 pm.