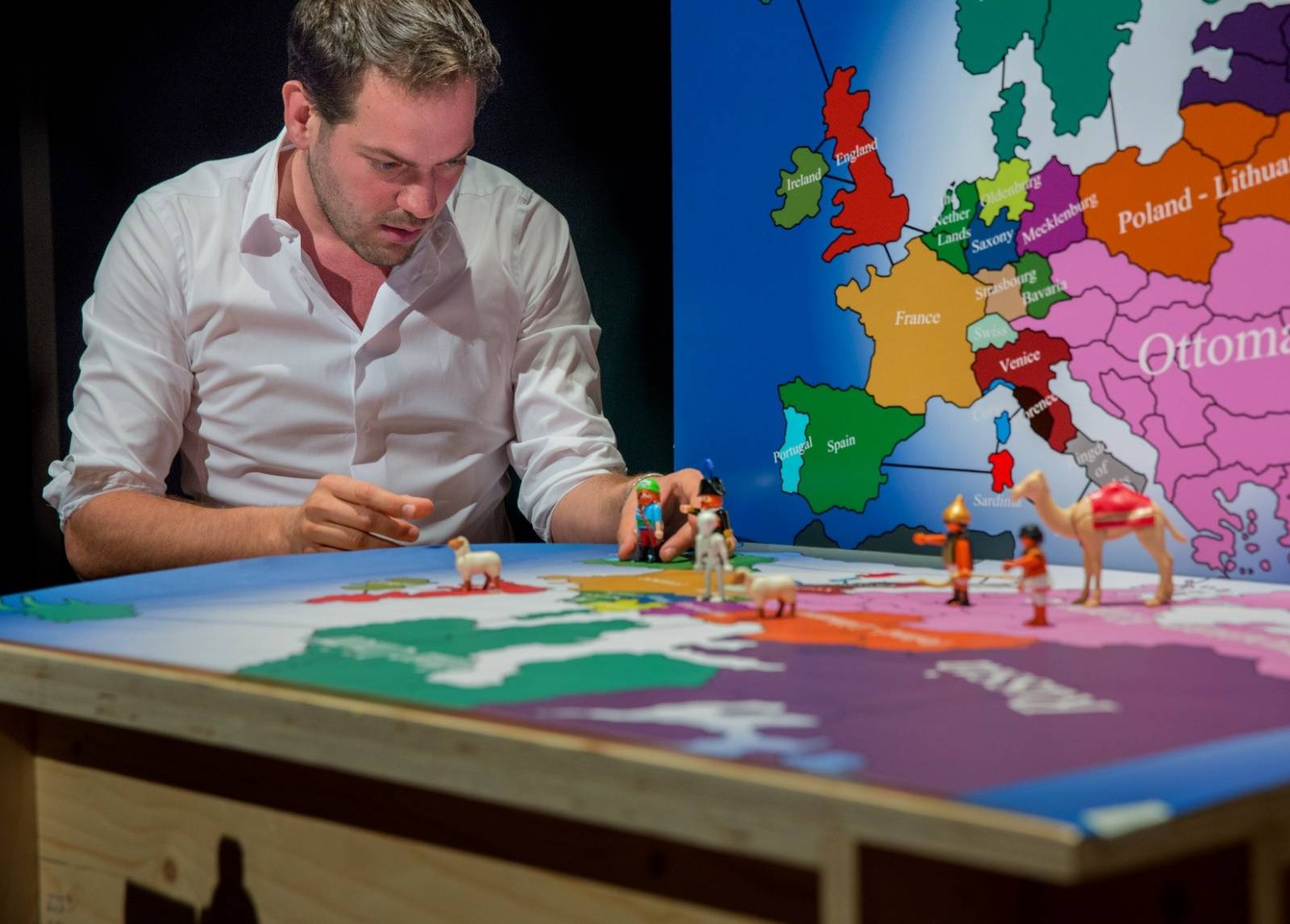 produced by the Company New Heroes and Het Zuidelijk Toneel

In 2015 Lucas De Man, theatre director, started a journey to get a better understanding of Europe today. Together with a journalist, a dramaturge, and a camera team, he traveled in 30 days through 17 cities in 8 countries. Lucas De Man was interviewing critical and creative Europeans on their visions of the future of Europe. Inspired by this journey, encounters with modern visionaries, and with the collected material, Lucas created an unusual format of theatrical ‘lecture performance’ – De Man in Europe.

The performance ‘In Search of Europe’ was one of the highlights in the cultural programme of the Dutch EU presidency ‘Europe by People’.

Euro crisis, social inequality, immigration, terrorism, fascism. Europe is boiling. Europe’s financial, political and social systems creak. It becomes clear that Europe is in transition, But in transition to what? The crucial question is what could we do to change our societies? Who are the visionaries of nowadays, and how do they see our time and society? What is their position regarding current hot issues, such as new democracy and (the enclosure of) the commons and Europe. What do they think should change and, more importantly, what are they doing about it? This would be the questions to be addressed in Belgrade and Serbia, especially to the disenchanted younger generations.

We are looking for Europe’s generation of today. Do European integrations in Serbia have to be supported by “new” generations of Europe’s citizens, they are our future, our hope; otherwise, it could be – to paraphrase Umberto Eco – a passo di gambero  –seems that we move forward by going back.

After Belgium, Sweden and the Netherlands, the performance is staged in Serbia, Belgrade.

The agenda of the performances http://companynewheroes.com/agenda/ 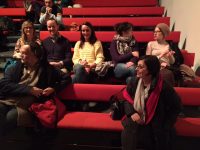 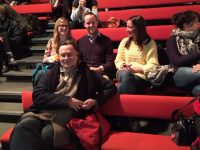 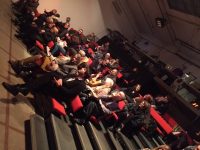 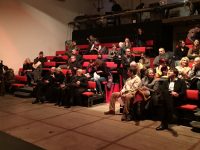 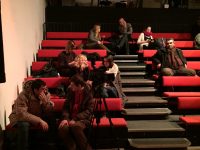 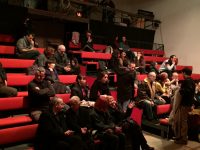 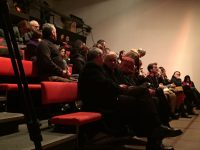 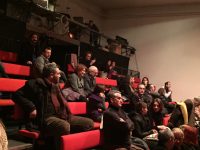 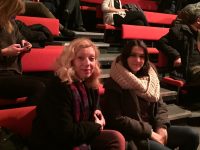 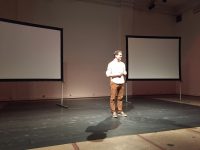 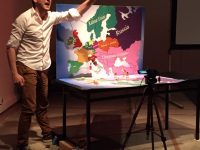 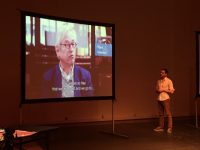 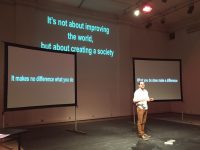 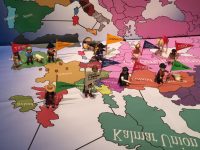