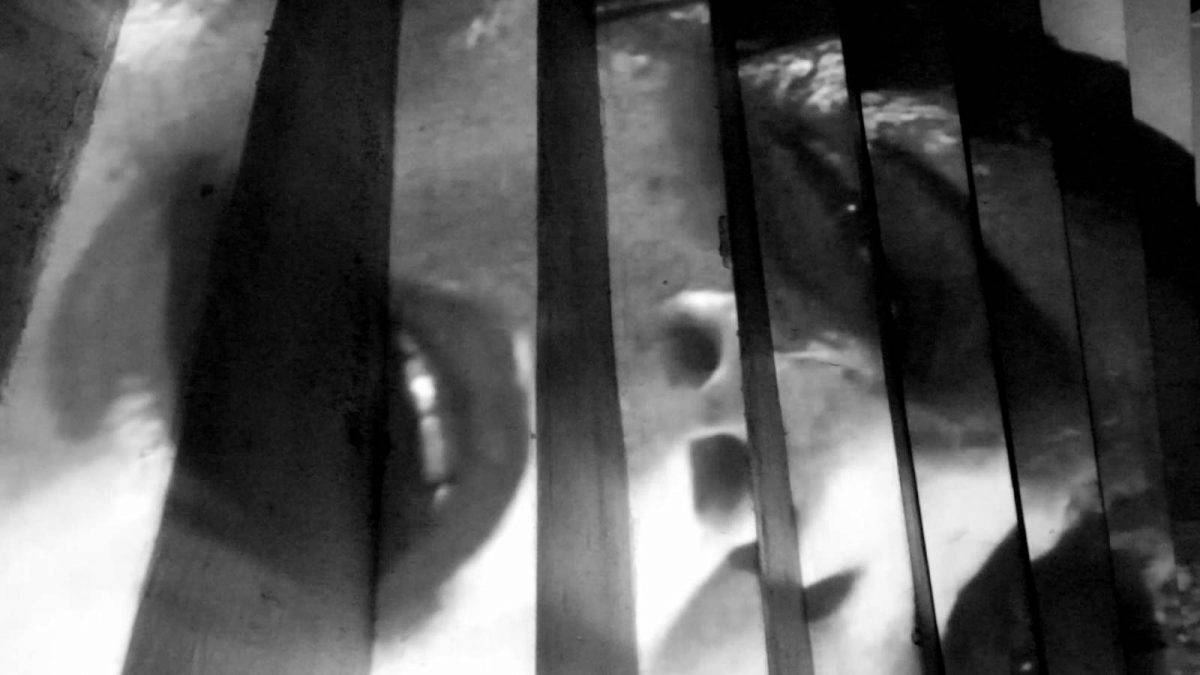 While in its jubilee year they think and talk about the October Revolution, in spite of the historical revisionism which legitimizes the erasure of the possibilities of change and revolt, which in the narrative of “anti-totalitarianism” tries to suppress the critique and change of capitalism, we choose the place of the uninterrupted flame of the October Revolution: Yugoslavia free of fascism.

Within his Data Recovery cycle, Dalibor Martinis recuperated memory through discussions with himself (Dalibor Martinis Talks to Dalibor Martinis), through time with the official history in the temporal and media dislocation (TV Dnevnik, September 4th 1974 and Proba TV Dnevnika), and now with the reconstruction of the material traces of history in space and time. The footprint of the Revolution, the graffiti “Long live the October Revolution” which was created in the liberated Korčula, probably in 1947, is taking place again in Belgrade, at the Center for Cultural Decontamination.

The material trace is being done now in its, also only material, absence: the graffiti was painted over where it once existed, and is now being done again based on the documentation and the reconstruction of the concepts and components. The artist is in the position of the archeologist: he analyzes the meanings of the elements of events without a trace, reviving or reconceiving those meanings in the present. In accordance with the method of his cycle Data Recovery, which is based on the configuration in opposition to the confabulation, or rather the contemporary execution of revived data, to action instead of the interpretation of the source event: partisan actors, elements of the slogan, the performativity of this gesture of the partisan artist will be executed, thought through and revived through the work of Dalibor Martinis in CZKD. This working process is presented in its experimental reality, in the scientific (anthropological, archeological) work in uncovering the meaning after the distance created with great effort, so that the material traces of this event, the Revolution, are removed.

From the text by Aleksandra Sekulić: Material trace of promises–Recovering the Revolution through the method of Data Recovoryby Dalibor Martinis

At the same time, this program was diligently planned and is completely arbitrary. I am sure that someone (or myself in another situation) would make a different selection from my almost 50-year-long artistic activity (of which 40 years working on video, media, film…).

I tried to cover the earliest video works in which I charge the very borders of the media in a performative way, and then with a film I will remind of the cycle of works titled “Binary Series” (executed in various media), and the finally I will focus the majority of my time on the cycle Data Recovery, in which I deal with (also through many works done in various media) the process of partial recovery of lost data from memory, without a context which before the loss gave them a positive, informative, social or some other meaning. History is an uninterrupted series of confabulations, spontaneous or planned production of false memories. Instead of the description which places the content in a historical time and space, we want to create an “occurrence without context, which will completely overlap with actual events” (Wallace Stevens).

The artist is balancing a video-camera on a tripod the top of which is poised in the palm of his hand. The lens of the camera is directed downwards so that it acts the part of witness and hostage of the action at the same time. Although the camera, together with the hand holding it, is keeping moving, it is seemingly staying still, and the floor the author is standing on appears to be sliding away. The video lasts as long as the artist retains the control over the equilibrium of the camera.

Opening RKO production title of the movie “King Kong” (1933), shows a radio antenna as it transmits a Morse coded message. One hears a typical series of short and long beep-sounds and on the background of the globe a title of the production is being written. The series of sound impulses read as: A RADIO PICTURE. By re-editing this sequence a slightly longer and different opening title of a movie is created and a new message is implanted. Now the RKO radio tower sends a coded message by Osama bin Laden to America immediately after the attack on the World Trade Center towers in New York.

DM talks to DM is a time-travel/data recovery project with a 31-year span. In 1978 artist made a performance as TV interview in which he posed questions to himself. The questions are recorded on videotape. The answers to these questions artist gave during live TV show “The Other Format” broadcast by Croatian Television in the year 2010.

What is the meaning and the purpose of the People in the movies? Do they populate the streets, buses and trains, restaurants and the dance halls, just so that the movie characters could feel “normal”? What would the movie reality look like if the heroes would be erased and they would be its only inhabitants?

The film is a sort of meta-political contemplation (using excerpts from famous movies and derivations from Guy Debord’s texts) on the nature and “social” position of masses of individuals without individuality who surround the movie heroes, the only ones allowed to feel, suffer, or enjoy in the drama of life on film.

Famous scene from Eisenstein’s film “The Battleship Potemkin” is completed with actual sounds of Egyptian revolution on the streets of Cairo.

Tito’s death in 1980 paralyzed Yugoslavia at the time. Although the development of his illness hinted at that outcome, neither the public nor the media were sure how to shape the news of his death.

The job of reading the text of this sad news at TV Belgrade was given to the experienced anchorman MiodragZdravković, and to Miroslav Lilić at TV Zagreb. The video footage of the preparation and reading of the news in front of the cameras in the studio was saved. The TV Performance Proba TV vijesti May 4th 1980 is based on the event of the rehearsal of reading the news about Tito’s death in a tv studio. Thirty-five years later the “anchorman” Dalibor Martinis continues it to infinity, through the process of copying and remixing the text, creating a language which, through tearing down the obvious semantic connections and the preferred formal distribution in relation to the syntactic (from the original text), loses its original temporality and direction towards meaning, acquiring characteristics of an invocation.

In 2013 Dalibor Martinis made the film “Z1,0339”. The film uses soundless footage that was filmed by Antonio Perajic in Zagreb in 1945, and the audio material of the protest held in Zagreb in 2011.

The bearer of copyright of the film footage, Ana Perajica, in 2014 filed criminal charges to the municipal State attorney of Croatia against Dalibor Martinis.

In the film “Film bez filma” Dalibor Martinis stated his defense, testifying about the events which lead to the film “Z1,0339”, which he created in 2013, not being screened.

“Film bez filma” was filmed on June 17th 2017, in the space of the municipal State attorney of Croatia in Split by an official. “Film bez filma” is nevertheless a film, and the circumstances which made it impossible to show the film “Z1,0339” and brought its author into such a difficult and sad position, are now its structural part. This is the truth and nothing but the truth.

CZKD Cinema program is implemented in 2017 with the support of the Ministry of Culture and Media of the Republic of Serbia.

CZKD Cinema aims to open the space of the film without subduing to the imperative of sustainability of cultural industries.  We evoke a specific tradition of film experience, film production and education which was cherished in cinema clubs a practice which has affected the entire film culture. There must be an attitude of respect for all participants and elements of film process. Contact: aleksandrasekulic@czkd.org 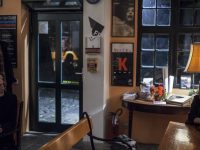 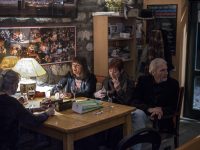 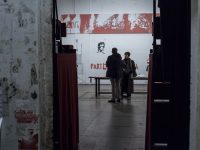 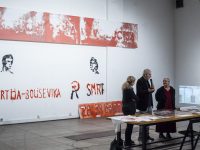 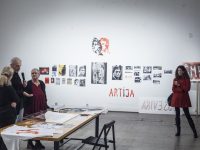 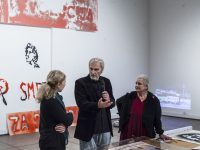 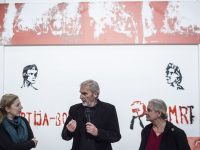 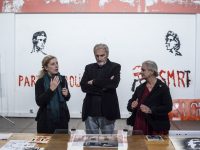 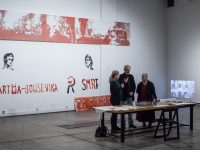 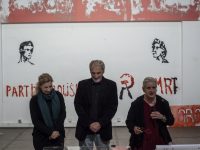 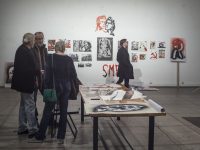 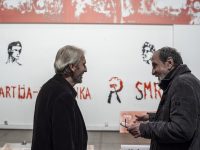 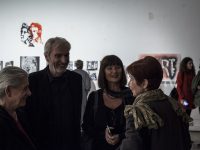 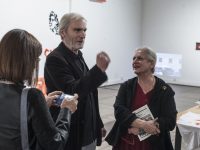 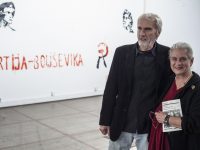 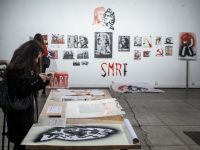 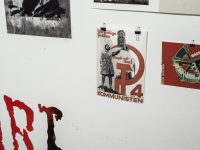 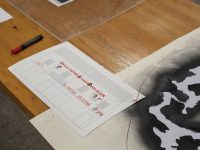 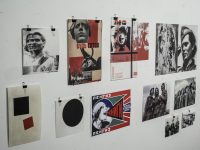 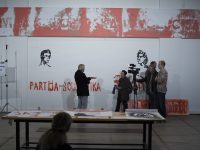