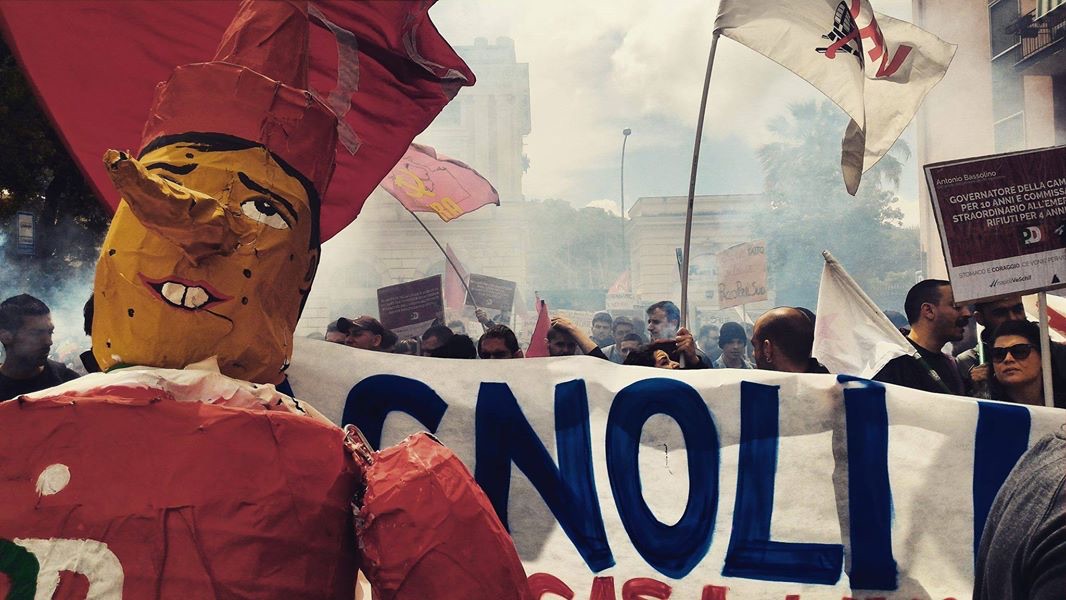 The initiative Don´t let Belgrade D(r)own and the collective Ministry of Space invite you to the presentation of the citizen movements Massa Critica and Bagnoli Libera, from Naples, Italy. The presentation will take place on Saturday at 6PM at the Centre for Cultural Decontamination, Birčaninova 18.

When we mention Italy and the city of Naples, first things that come to mind are probably the Mafia, Camorra, pizza, pasta and Vespa. However, in the past decades, Naples has built its reputation as a vibrant political laboratory for innovative community organizing.

For more than twenty-five years, the citizens of Naples have been fighting for Bagnoli, a former industrial area on the coast, which is under the constant threat of speculative top-down urban transformation. In 2015, after years of protesting, setting up social centers, organizing cultural events and debates on the city’s development, various social movements, including Bagnoli Libera, have joined forces within a political platform called Massa Critica. The platform managed to start a dialogue with the local government, and the mayor of Naples, Luigi De Magistris, gave open support to social movements and their struggle to preserve Bagnoli neighborhood, which contributed to his re-election in 2016. Today, there is a clear awareness that the development of the city and other crucial issues must be addressed through continuous dialogue with the social movements and the citizens.

During the event, we will talk to the activists of these social movements, Daniele Casola and Dario Oropallo and try to find out more about Bagnoli and other social struggles in the south of Italy.

You can find more information about Massa Critica in the following article:

The presentation will be in English, without translation, as a part of “Towards a different city” program, which is supported by the Heinrich Bel Foundation, Belgrade.