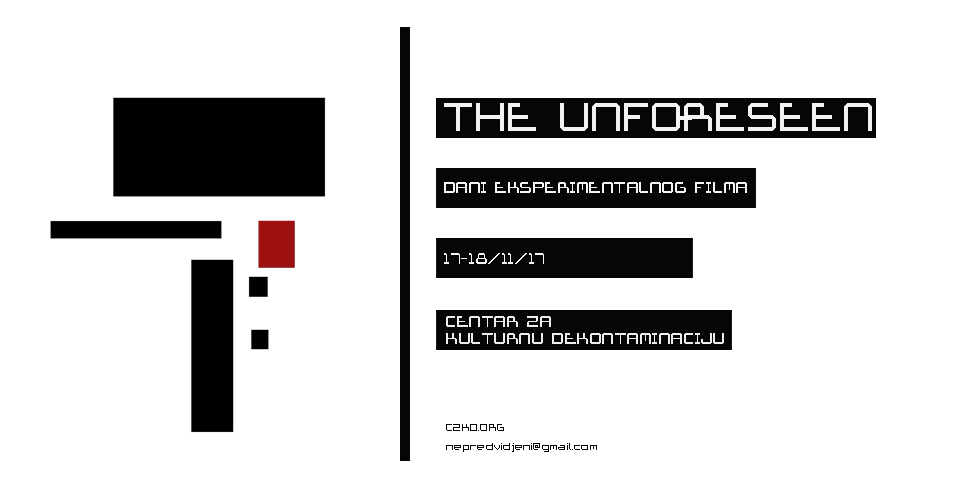 This curated program is brought to you in collaboration between The Unforeseen Film Festival and the analog film lab and audio-visual initiative from Belgrade, Kino Pleme. Aim of this selection is to showcase the most exciting works of analog cinema today, coming both from the circuit of international film labs and filmmakers who work independently on 8 and 16mm.

This program is a continuation of last year’s festival edition, focusing its attention on contemporary international experimental film production, which incorporates the achievements of modern technologies in the development of the film language and its forms.

Until November 12th, 2017 films in three genres (experimental film, experimental animation and experimental documentary) can be submitted to the Cine- Scope – Competition 8 and 16mm at The Unforeseen 2017. Films have to be produced on 8 and 16 formats since 2016 and should be no longer than 20 mins in length.

Films need to submitted in digital formats (preferably mp4) via wetransfer to : nepredvidjeni@gmail.com or kinopleme@gmail.com