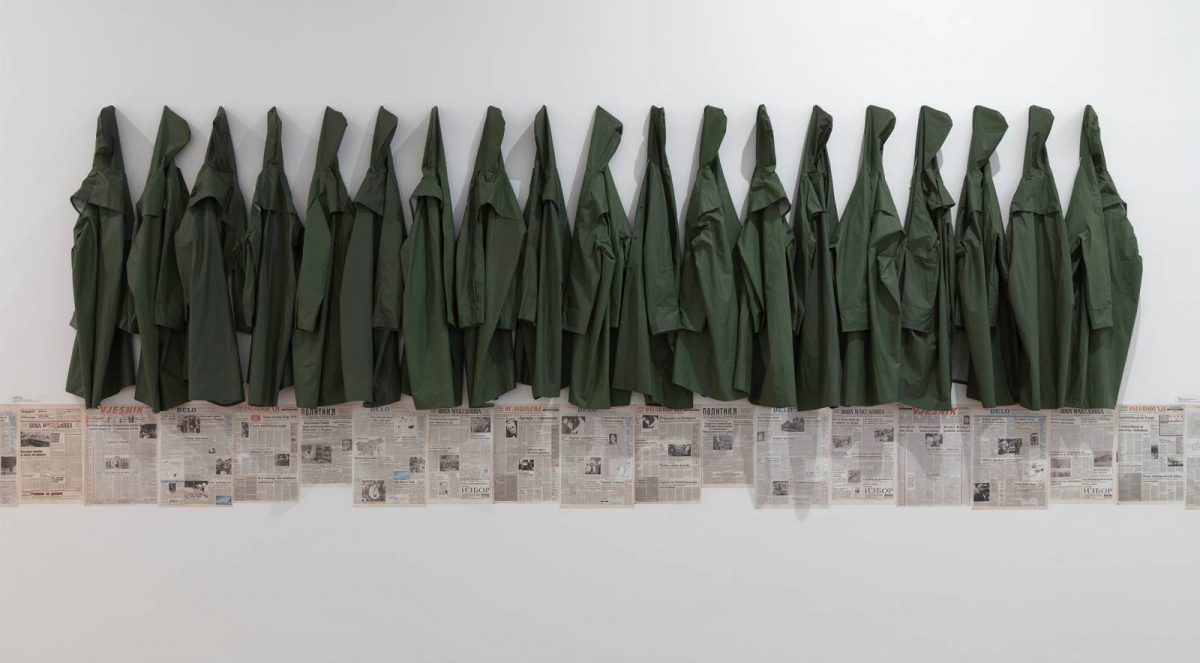 The Center for Cultural Decontamination, Kontekst Collective and Kosovo Glocal from Prishtina invite you to the lectures and discussions on Friday, December 1 and Saturday, December 2:

​Friday, December 1st; 6 pm
Self-management and Nationalism. The Role of Workers’ Strikes in the Dissolution of Yugoslavia

Since the end of the 1980s, when the journalist Jagoš Đuretić described the workers’ strike from Rakovica in front of the Federal Parliament in Belgrade with the words: “They came here as workers and returned as Serbs”, this quote became a phrase often used so that the responsibility for the triumph of nationalist policies in Serbia would be placed on the working class. Liberal intellectuals all over former Yugoslavia, routinely view workers and lower classes as the main supporters of nationalist ideologies. As a response to those claims, the commentators who are sympathetic to the heritage of Yugoslav socialism, often try to maintain the image of Yugoslav workers as an anti-nationalist group which in a moment of carelessness was tricked by manipulative leaders. What both sides have in common is that they deny the workers the possibility of autonomous action and reflection regarding their own position in the midst of decisive social changes. This lecture will represent the most important workers’ mobilizations in the years before the dissolution of Yugoslavia and explain how the main contradictions of Yugoslav socialism within factory halls were perceived. The main question that the lecture will try to answer is to what extent were the institutions and the practice of workers’ self-management a fertile ground for spreading the politics of brotherhood and unity, or chauvinism.

Goran Musić is an economist, historian and long-time activist in students’ and workers’ initiatives. He obtained his PhD on the topic of strikes in later Yugoslav socialism. He is employed as a researcher at the CEU in Budapest. Author of many articles in scientific magazines, as well as the study “Working Class in Serbia During the Transition 1988-2013” (Rosa Luxemburg Stiftung, 2013).

This talk explores the provision of housing in Yugoslav cities during socialism and in the immediate post-socialist era. Although contemporary Yugo-nostalgic myths claim that “everyone got a flat”, in practice this was not the case – only 25 per cent of the housing stock was in the social sector and so most Yugoslavs lived in family houses, many of which were paid for, built and maintained by family networks. All Yugoslav workers however – regardless of their housing status – paid into the housing fund though involuntary contributions (taxation). Blue-collar workers were systematically discriminated in housing allocation as white collar workers were more likely to receive subsidized socially-owned flats which were distributed as benefits-in-kind in the workplace and as a means to induce labor mobility (aiming to attract skilled cadres). In a context of perennial housing shortages, the allocation of flats was one of the most contested issues in the workplace. Thus, housing represents an instructive proxy for various societal discontents in Yugoslavia and as a means to interrogate state-society relations.
Housing provision paralleled different modes of organization of the Yugoslav economy. Market socialism in the 1960s saw an increased role of the market while during the 1970s impulses to gain political control over the economy saw growing attempts (albeit largely unsuccessful) to allocate housing according to social need. The 1980s economic crisis and the stabilization programs enacted after 1981 saw liberal impulses in social sector housing gain inroads, finding full expression in the first privatizations of the socially owned housing stock in the late 1980s. The 1990s saw a comprehensive privatization of the housing stock take place resulting in a transfer of wealth from (former) socially owned firms to individuals and the cementing of social inequalities that had crystallized in the previous decades.

Rory Archer is a social historian who primarily works on the 20th century Balkans. He is interested in labor, gender, (post)socialism and the ways in which macro level events and processes are experienced, understood and negotiated in micro, everyday contexts. His PhD dissertation (Graz, 2015) used (non-)access to housing among working class Belgraders as a means to explore patterns of social inequalities and discontent in late Yugoslav socialism (1974-1991). He coedited a book on this topic, Social inequalities and discontent in Yugoslav Socialism (2016, co-edited with Igor Duda and Paul Stubbs). Since 2014 he has worked on a research project Between class and nation: Working class communities in 1980s Serbia and Montenegro financed by the Austrian Science Fund (FWF), at the University of Graz. Rory continues to explore the role of politicised labour and working class subjectivities in the crises of late Yugoslav socialism and the demise of the state as Mellon Post-Doctoral Research Fellow, University College London (School of Slavonic and East European Studies).

Saturday, December 2nd; 7:00 pm
“Hardworking Slovenians” or how an error in translation caused the rise of Slovenian nationalism during the 80s
The title of the lecture will serve as a small provocation. Namely, in 1981, a translator from Slovenian to Serbian misread a word and made an error in translating a sentence of a Slovenian politician, who said: “v Jugoslaviji obstajajo revne in manj revne republike” – instead of the word “reven” (meaning poor), the translator read “revan” (meaning hardworking). So his translation of the sentence was: “In Yugoslavia there are hardworking and less hardworking republics”. That way, as the magazine Problemi wrote, we can see the old fabricated image that Slovenians have about themselves as “hardworking” as opposed to their “lazy southern brothers”.
Of course, this argument does not imply that the story of nationalism began in 1981, especially not that nationalism in Slovenia was caused by a grammatical error. The goal of this argument is to emphasize how the Slovenian society had already began intensively dealing with the questions of nationalism, national culture and other political topics in the early 80s, on many levels, and especially in culture: through the analysis of literary and artistic work, political theory, psychoanalysis, sociological analysis of public opinion etc.
Unlike today, when culture is almost unnoticeable and much less important, in the 80s it played a significant role, it was part of discussions, often very polemic, even in the congresses of the Alliance of the Socialist Youth of Yugoslavia. The lecture will discuss also about civil society and its antagonisms in Slovenia, the role of culture and alternative culture in those processes, and the research about the 80s conducted in the Modern Gallery in Ljubljana, between 2013 and 2017.

Bojana Piškur is a writer and curator at the Museum of Modern Art in Ljubljana. Her research focuses on political issues and the way in which they relate to, or are manifested in, the field of art looking specifically at the regions of former Yugoslavia and Latin America. She has contributed to numerous publications and lectured extensively on topics such as post avant-gardes in former Yugoslavia, radical education, cultural politics in self-management, and the Non-Aligned Movement.

The lectures are organized as a public program of one segment of the project “Pertej/Beyond/Preko 20 Years” whose program editors are Vida Knežević and Marko Miletić (Kontekst Collective).

Partners in the project “Pertej/Beyond/Preko 20 Years”: CZKD and Kosovo Glocal,  Vida Knežević and Marko Miletić (Kontekst Collective), as well as a wider network of collaborators, lecturers, mentors and twenty participants from the region will organize the production of art and knowledge and share it with the audience along with the process and results of their work in 2017 and 2018. The project began with the idea to encourage and call new generations of the former Yugoslav region to a collective public program participation, as well as to a collective production of knowledge in the region within contemporary art, critique and theory. The starting point of the research “Case Study Pertej”, about lesser-known continuities of collaboration, exchange and critique, is the exhibition “Pertej”, which took place at CZKD in 1997, but the field of research of the entire project will be widened to include the temporal and geographical whole which today’s generations recognize as their pretext and context of their actions.

The project is supported by:

EU Delegation – EU/IPA (Support for civil society)
The project is financed by the EU through the Instrument for Pre-Accession Assistance. The contents of this publication are the sole responsibility of CZKD, and cannot under any circumstances be considered a reflection of the views of the EU.

Ministry of Culture and Information of the Republic of Serbia

The programs of CZKD are realized with the support of the Open Society Foundation. 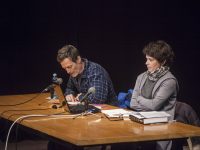 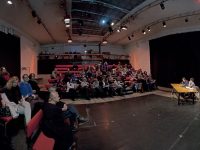 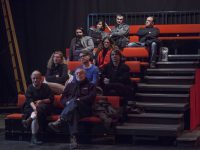 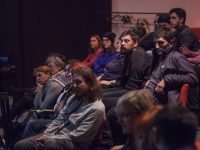 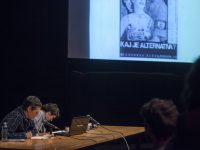 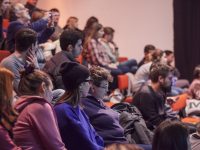 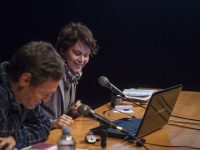 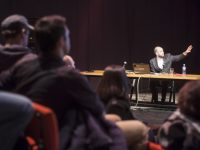 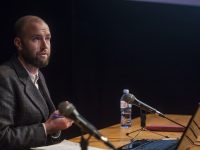 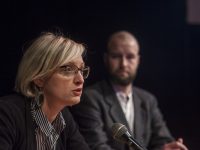 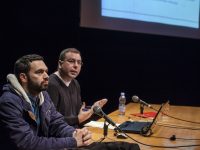 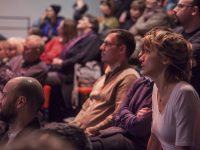 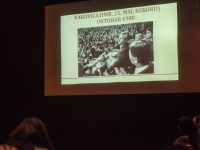 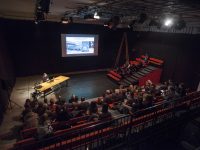 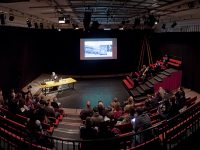 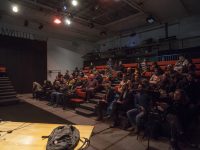 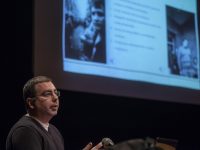 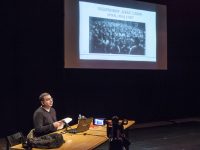