What is Europe to us, and what are we to Europe – Stability on account of freedom and critical thinking 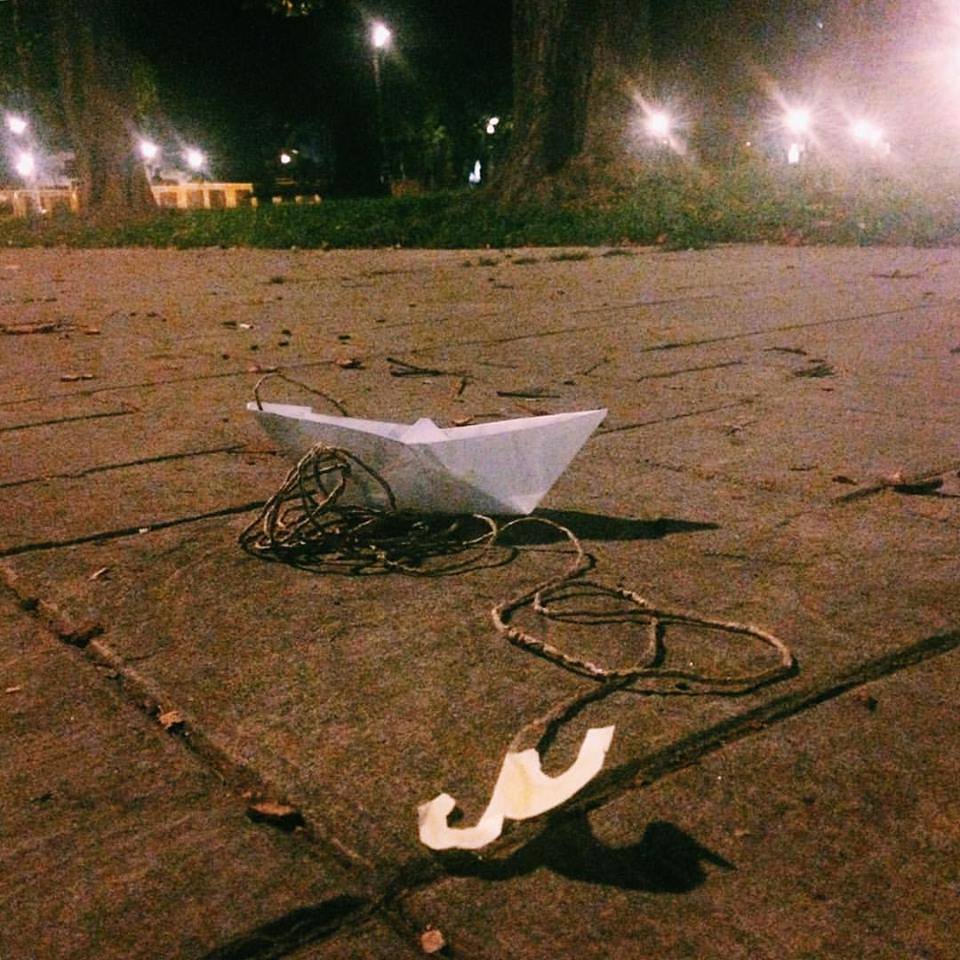 If we consider Europe as an institution, „whose foundations are neither to be found in a transcendent revelation nor in some eternal natural rights, but purely in the action of those human beings who jointly apply their diversity to its constitution“ (according to Etienne Balibar)[1], the people from the periphery saw this institution as a horizon of a different future.

The widespread thesis about the prescribed EU priority of the “stability” of the region of ex-Yugoslavia holds hostage the critical public, blocking and deteriorating democratic institutions and freedoms. With a long and serious history of academic, public and cultural fora on the values of Europe, its origins in the Enlightenment and de-census, critical thinking and doubt, the Center for Cultural Decontamination will gather sociologists, media and culture thinkers and the civil society in Serbia to expose the consequences of such a selected  communication of EU values, reduced to “stability” and its contribution to the further confusion in understanding Europe as a horizon of freedom.

TEDEP (Trans-European Debates on the European Parliament) is a Red House project in partnership with the Bulgaria Debate Association, the European Time to Talk debate network, the Belgian debating organization Deburen and the Centre for Cultural Decontamination from Serbia. Important EU topics will be debated in a variety of contexts within the project, whic include a variety of perspectives – from regional youth debates to national and trans-European ones. Debates will be held in Brussels, Belgrade and Sofia.

The project is implemented with the support of the European Parliament (EP). The EP is not responsible for the theses, comments and opinions expressed during the events.

Dr. Ivan Medenica was born in Belgrade. He is a full professor at the Faculty of Dramatic Arts where he teaches World Drama and Theater and Introduction to Theatre and Performance Studiesdrama. His MA and PhD theses were united in the Classical plays and their masks the models of directing classics (Sterijino pozorje, Novi Sad 2011). He held lectures on Serbian theater and drama at the Yale School of Drama, USA, and at the Free/Freie and Humbolt Universities in Berlin. He publishes articles in  scientific papers of the FDU, in the national and international periodicals; His articles were published in French, English, German, Hungarian, Spanish, Polish, Slovak, Romanianand Czech. Parallel to pedagogical and scientific work, he is also an activetheater critic  for the journal Politika, the weekly Vreme and NIN and the Teatron magazine. He won the Best Critics Critics Award (Sterija Award) in 1999, 2001, 2004, 2008, 2011 and 2017.

He is also the winner of the Tanjug Golden Feather Award for the best critiques of Bitef’s performances (2008). He was  one of the editors of theatrical magazine Teatron, selector and director of the Sterija Theater. In the release of the Center for New Theater and Game (Cenpi) and the French Cultural Center in Belgrade. He translated into Serbian the play In the Solitude of Cotton Fields by Maria-Bernardo Koltes, as well as a comprehensive study of the dramatic works of this French playwright. He was a member of the Executive Committee of the International Association of Theater Critics and the Conference Director of this association for several terms. Nominated as the Bitef Art Director (2015), he has published the book The Tragedy of Initiation or the Inconstant Prince (2016, CLIO, FDU) for which he received the highest prize for theatrology – the Sterija Award (2017). The same year, he was elected a member of the jury for awarding the highest European prize, Prize Europa, nominated by Vreme, a person of the Year for the Promotion of the Bitef Festival institution, and was honored by the French Medal Chevalier des Arts et des Lettres. Medenica speaks French and English. He currently lives in Belgrade.

Dr. Daša Duhaček is a professor at the Faculty of Political Sciences in Belgrade. She taught  at the Rutgers University (USA), the New York State University (USA), the Central European University (CEU), Budapest and many others. She is the founder and member of the Council of Women’s Studies Center. Coordinator of the one-year institutional MA Program of Gender Studies at the Faculty of Political Science in Belgrade and Director of the Center for Gender and Politics at the Faculty of Political Sciences. Research Fields: Feminist Theory, Political Philosophy, Hannah Arendt. Significant Publications: Hannah Arendt on Politics in Arendt, H., On Freedom and Authority (Belgrade, 1995), The Prisoners of Evil: Impression of Hannah Arendt (co-editor, Belgrade, 2002), The Making of Political Responsibility: the Case of Serbia (in Women and Citizenship in Central and Eastern Europe, Burlington, 2006), Burden of the Ages: Responsibility and Reasoning in Hannah Arendt (Belgrade, 2011), Classic Liberal Feminism and Gender and Identity in the Introduction to gender theories (Novi Sad, 2011).

Igor Štiks is a Leverhulme Early Career Fellow. In April 2014, he joined the Edinburgh Faculty of Art in order to work on the research project Citizen-Artist: Creative Citizenship in Occupied Areas in which he explores the interaction of occupied public spaces, inventive forms of self-government and artistic expression.

He is the author of Monographs, Nations and Citizens in Yugoslavia and the Post-Yugoslav States: One Hundred Years of Citizenship, published by Bloomsbury in 2015. He also edited the following collections: Citizenship After Yugoslavia (with J. Shaw, Routledge, 2013), Citizenship Rights (with J. Shaw, Ashgate, 2013) and Welcome to the Desert of Post-Socialism: Radical Politics after Yugoslavia (with S. Horvat, Verso, 2015). His publications have appeared in leading academic journals such as: Citizenship Studies, Studies in Europe-Asia, Global Studies, South East Europe and Black Sea Studies. As a scientific associate of CITSEE, he initiated and edited the CITSEE veb Citizenship magazine in Southeast Europe. He also produced 4 animated films (in collaboration with ECA students) and 8 short documentary films based on the research results of the project.

Igor is also the author of two novels, the A Castle in Romagna and Elijah’s Chair, which have won numerous awards and were translated into a dozen European languages. The theater show based on the novel Elijah’s chair won the Grand Prize of the Belgrade International Theater Festival (BITEF) in 2011.

She studied History of Art, at the Faculty of Philosophy in Belgrade, Serbia and Danish School of Journalists for Media Trainers, 2004. She received the awards: JUG GRIZELJ for Excellence in Journalism (2016); OSCE – A person in the field of media (2016), the prize Acquiring Freedom for Activism and the Fight for Human Rights (2017).

Dobrica Veselinović was born in 1981. in Belgrade, Serbia. He graduated from the Faculty of Political Sciences at the University of Belgrade. In the last ten years he has been active in the civil sector, and for the last few years has been fighting for public spaces and greater participation of citizens in decision-making processes related to urban development. His areas of interest are political theory, ecology and urban development and anti-cultural movements. He has held a large number of lectures and presentations. Co-founder of the Collective Ministry of Space and Active Citizens Initiative Don’t Let Belgrade D(r)own.

Marijana Cvetković is an art historian, a collaborator and  activist in the field of contemporary culture, productor and curator. Contemporary Dance Service Station Companion, Nomad Dance Academy Regional Network, Balkan Platform for Contemporary Dance and Performing Arts, Belgrade Platform Second Scene. Since its inception, she worked at theIndependent Cultural Center Magacin in Kraljevića Marka. She teaches at UNESCO’s master studies of cultural policy and management in culture at the University of Art in Belgrade. She conducts lectures and workshops on various topics related to self-organization, an independent cultural scene, a contemporary dance field, museum development, networking. She has organized and prepared international conferences and exhibitions (Georges Pompidou Center, Museum of Contemporary Art in Belgrade, FLU Gallery and others), she is also a curator of the Kondenz festival of contemporary dance and performances. She edited several books and published numerous articles in various magazines and books (in Serbian, English, Italian, Polish, German, Swedish and French).

Miloš Ćirić (1985) completed basic studies at the department of International Relations at the Faculty of Political Sciences of the University of Belgrade. At the beginning of the study, he joined the work of civil society organizations, such as the Helsinki Committee for Human Rights and Peščanik Citizens’ Association, which he worked since 2007 as a journalist, and later as a deputy to the editor of Peščanik’s online magazine. After graduating from the University of Art in Belgrade and Université Lyon 2, he graduated in New York from the New State University’s Media Studies at The New School for Public Engagement. During his studies in New York he worked as an assistant lecturer on History, Memory and Media; Death and Media; Documentary: Its Art and History; Media Design; Media Theory; Understaning Emotional Structure: Screenplay, and more. After completing his studies at The New School, he received a Teaching fellow position and lectured on the subject of Understanding Media Studies for students of the first year of a master’s degree. In addition to working  work in New York, he continues to publish in Serbian and regional media and works on projects focusing on youth education for human rights and reconciliation in the region.

Borka Pavićević was born in 1947 in Kotor, Montenegro, Yugoslavia. Graduated dramaturgy in 1971, and completed her magisterium degree  in 1976 at the Faculty of Dramatic Arts in Belgrade with the thesis The Unrealistic drama in Serbia between the two wars. Dramatist at the Atelje 212 (10 years), and BITEF (20 years). Dramatist at theaters in Zenica, Split, Skopje, Ljubljana, Subotica and Belgrade (1978-91). The founder of the theater New Feeling in the Old Beer Pub (1981). KPGT Movement (Theater, Theater, Audience, Theater, 1984-91). Director of Belgrade Theater, replaced due to her public and political action (1993). A member of the Belgrade Circle, the association of free intellectuals. Founder and Director of the Center for Cultural Decontamination in Belgrade (since 1994). She published two collections of essays – On Ex – Post-Deyton Fashion (Novi Pazar, 1998) and Fashion (Belgrade, 1994), as well as numerous articles in magazines, daily and weekly newspapers. Her collection of articles Head in a Bag was released in 2017.

She was awarded the Hiroshima award by the Peace and Culture Foundation in 2004, the Achievement of Freedom awarded by the Maja Maršićević Tasić Fund in 2005, the  National Order of the Legion of Honour of the Republic of France 2002, and the Ruts award of the European Cultural Foundation  for 2009 year.

Dejan Anastasijević is a BBC editor in Serbian. Before that he was a longtime journalist of the Belgrade weekly Vreme. From 1995. to 2007. he was also the honorary correspondent of the American weekly Vreme, and from 2011. to 2016. he worked as a correspondent for the agency Tanjug from Brussels. His texts have been published in numerous domestic and foreign publications. During the wars of the 1990s, he reported on war crimes in Croatia, Bosnia and Kosovo, and the regime of Slobodan Milošević accused him of propagating terrorism because of the texts about Kosovo in November 1998, which meant that he had to go abroad for some time. Anastasijević was the first Serbian journalist to testify against Milošević at the International War Crimes Tribunal for the Former Yugoslavia in The Hague. In 2007 he survived an attempted assassination by a hand grenade. The perpetrators were never found.

He has received numerous domestic and foreign awards, including Harvard’s Niman Scholarships, OXFAM/PEN Award for Journalistic Courage in 2008 and the Dušan Bogavac Award (2007).

Three prominent speakers debated this issue on 27 March 2018 at deBuren. Mathieu Segers, professor of Contemporary European History and European Integration at Maastricht University, will kick off the evening with an argument. Then he starts a debate with Boudewijn Bouckaert (think tank Libera!) And MEP Sophie in ‘t Veld (D66). Moderator: Stéphane Alonso (European Reporter NRC Handelsblad) 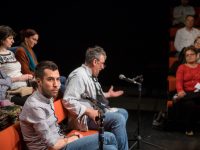 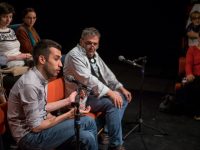 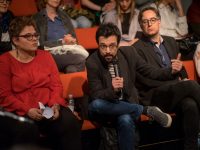 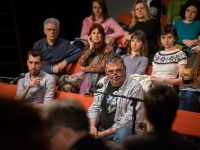 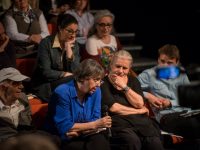 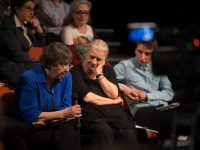 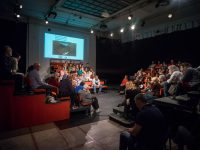 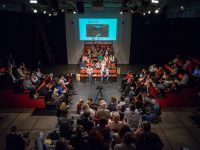 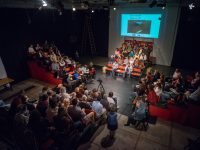 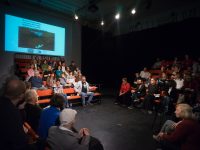 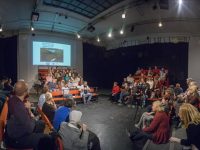 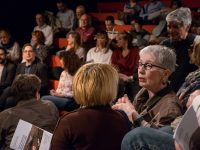 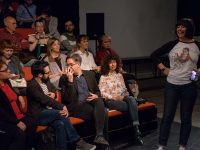 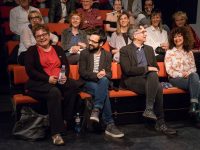 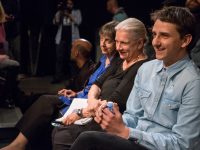 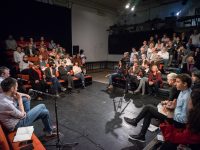 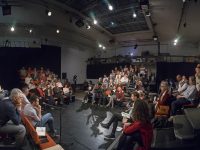 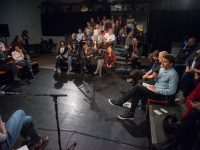 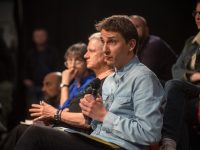 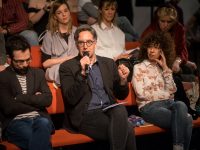 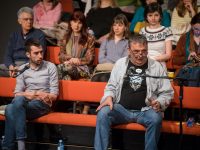 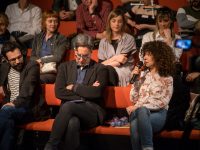 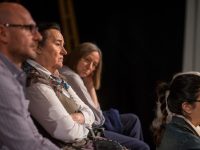 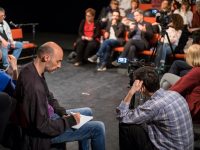 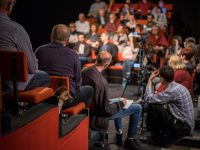 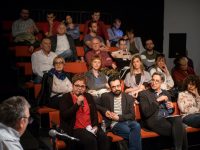 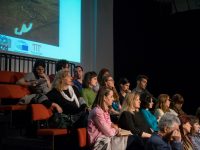 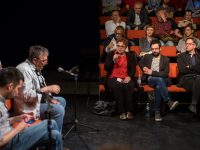 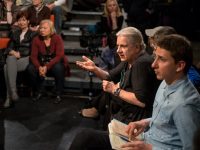