“We Have Built Cities for You” 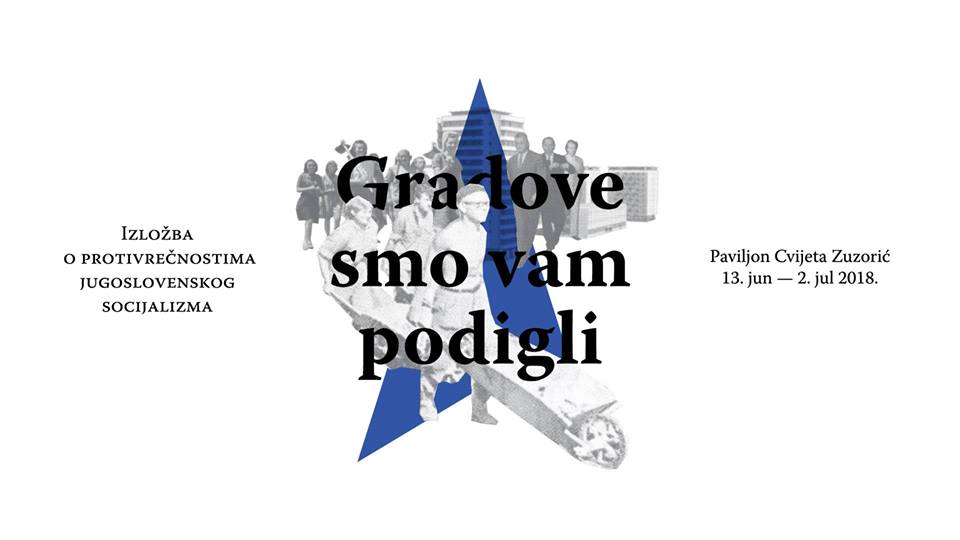 The Cvijeta Zuzorić Pavilion, Kalemegdan Park
Opening ceremony: Wednesday, 13 June 2018 at 19 o/c
The exhibition will be open until 02 July 2018

When, in the mid-1960’s, speaking of the position of workers, the then Chairman of the Association of the Trade Unions of Yugoslavia stated that “If our workers’ situation is not good, let them go on strike!”, he had no inkling of the fact that, soon enough, that would become the reality of Yugoslavia. During the 1980’s, strikes became a regular occurrence in cities throughout the country. From “Trepča” to “TAM”, from “Labin” to “Zmaj” – working men and women went on strike demanding better working and living conditions, protesting against the austerity measures and the neoliberal restructuring of Yugoslavia, which was primarily supported and pushed forward by the political and economic leadership.

That is precisely what the exhibition “We Have Built Cities for You” is about. It is about the contradictions of Yugoslav socialism, which were particularly manifest during the course of the 1980’s, and which led to the restoration of the capitalist system. However, the above-mentioned social processes did not unfold in a linear fashion or without resistance. Complex class-related forms of logic were involved, which collided and were engaged in conflicts, thus producing contradictory political-economic phenomena that it is necessary to investigate and overview anew.

Today, all the states established after the destruction of Yugoslavia are nationalist-capitalist in character, and neoliberal “transition” agendas carried out by the local regimes favour solely the logic of capital. The results of a decades-long process of transformation are most evident and measurable in the sphere of work – a total destruction of the labour structures and institutions of democratic management of the economy, masses of unemployed or poorly paid working men and women who fret over their existence on the periphery of the global capitalist system. From the Vardar River to Mt Triglav, a connection still exists, but it has been transformed into the trajectory of trading in misguided investments and a cheap labour force. In such a socio-political constellation, few actors represent the interests of workers. That is why it is necessary to maintain the visibility of workers’ perspective, review the experiences from the past and open up space for creating a different society.

Within the framework of the exhibition “We Have Built Cities for You”, we return to the period of socialism and its contradictions, and through a number of researches we raise issues that are inter-related in a complex manner: from the economy, politics and workers’ self-management to leisure-time pursuits, the media, culture and art.

The exhibition is the result of the project “Pertej/Beyond/Preko 20 godina”.

The exhibition is realized as the final result of the project „Pertej/Beyond/Preko 20 Years”, produced in 2017-2018 by the Center for Cultural Decontamination in partnership with the organization Kosovo Glocal from Prsihtine, in cooperation with the collective Mašina from Belgrade.

Ministry of Culture and Information of the Republic of Serbia