Towards a Different City: Searching for Alternatives to Market Housing 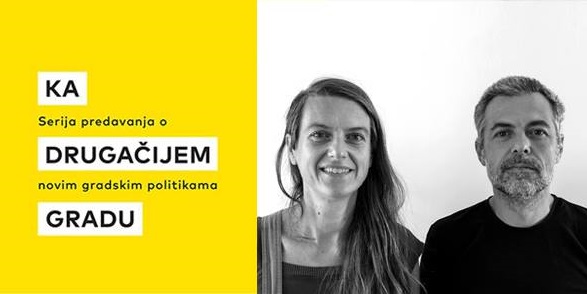 As part of the “Towards a Different City” series, on Tuesday, September 25th at 6pm at the Center for Cultural Decontamination, there will be a discussion held on the topic “Searching for Alternatives to Market Housing” with Ana Džokić and Marc Neelen.

Since around 2012, Ana Džokić and Marc Neelen have been a part of two parallel trajectories/initiatives in Belgrade and Rotterdam, exploring forms of housing (living and working) that escape the logic of a speculative market and the apartment as a consumer artifact. With City in the Making in Rotterdam, so far six buildings (on a 3-10 year base) have been activated, involving around 35 inhabitants, users and various common spaces. While the process surrounding Pametnija Zgrada in Belgrade, which began by envisioning a contemporary approach to housing cooperatives, has in the meantime brought about the creation of a regional network of  financial support which would enable such a possibility in today’s Serbia.

In this talk, Ana and Marc will report on their experiences, findings and struggles in setting up such endeavors. The interplay of these two examples gives clues of where the possibilities and impossibilities of these endeavors can be found. The talk is structured around three notions: Up-scaling, Training, Commoning, which is also the title of their recent book (Jovis publishers, 2018).

Ana Džokić and Marc Neelen are architects by profession. In 2000 they formed a practice titled STEALTH.unlimited. They are also co-initiators of “Ko gradi grad” (Belgrade) and “Stad in de Maak” (Rotterdam), whose collective experiences are a part of this talk.