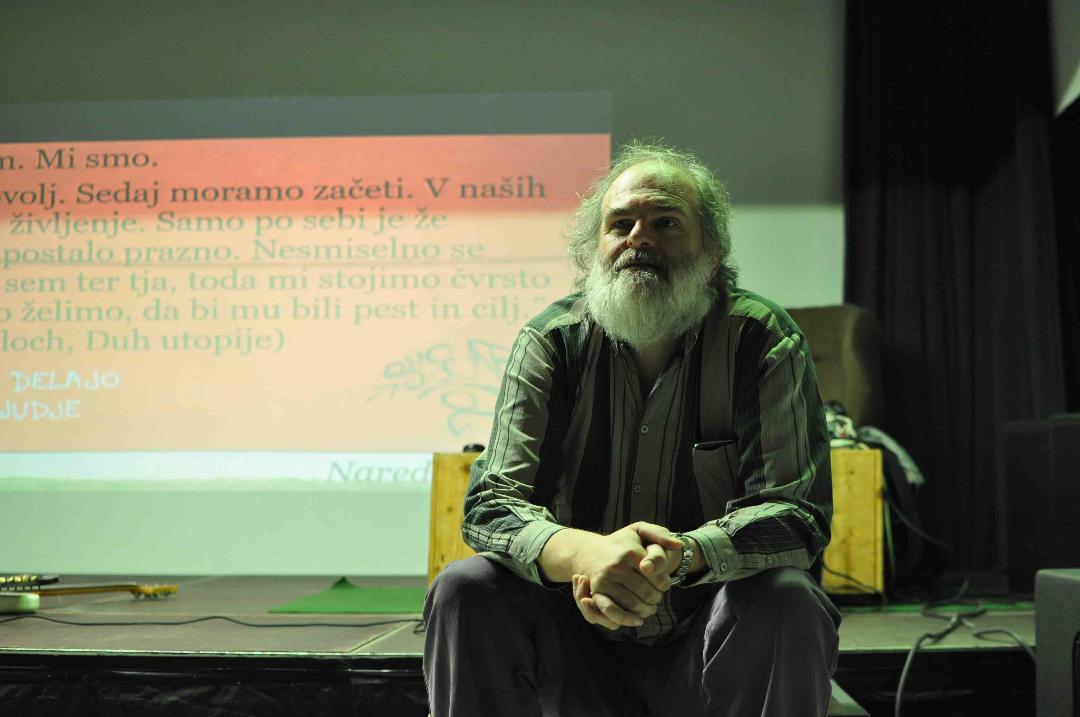 The topic of the conversation will be the Styrian 1980s alternative music scene and its prime-instigator – the pioneer of Yugoslavian old school industrial music and independent music publishing – Mario Marzidovšek,  Rajko’s own music projects from the 1980s (Avantkurent, Nebodigatreba s Tralfamadorja, etc) as well as about his new book titled Glasbeni pojmovnik za mlade (Slovenian for: Musical glossary for the youth), which presents a small pedagogical introduction into anthropology of music.

Dr. Rajko Muršič (Maribor, 1963) is an anthropologist by vocation and he works as a professor at the Department of Ethnology and Cultural Anthropology, Faculty of Arts, University of Ljubljana. He is the author of numerous research papers in the field of music anthropology, anthropology of youth cultures, methodology of anthropological research, epistemology, theory of culture, but also an ardent chronicler of Styrian 1980s alternative scene which he, growing up in Maribor, had witnessed firsthand and had partaken in. Among Rajko’s chronicling endeavours one should mention the history of the youth rock club Trate in Maribor titled Trate vaše in naše mladosti, zgodba o mladinskem in rock klubu, (Subkulturni Azil-Ceršak, 2000), a monograph about the Maribor punk rock band Center za Dehumanizacijo titled Center za dehumanizacijo: etnološki oris rock skupine (Frontier & ZKO Pesnica-Maribor, 1995), as well as the seminal essay about MML, the independent DIY cassette label of the late Mario Marzidovšek from Slovenska Bistrica, titled On the Relationship of Global and Local Music Production: Mario Marzidovšek and his Independent Label Marzidovshekminimalaboratorium that came out as a part of a compendium titled Rock’n’roll and nationalism: A Multionational Perspective (Cambridge Scholars Press-Newcastle, 2005). Rajko Muršič is also a founder or member of several interesting projects active in Maribor 1980s underground which were musically grounded in punk but leaning towards experimental rock and different forms of improvised music. These were the groups: Mi (1978-1981), Gromska strela in 300 peklenščkov (1983-1984), Nebodigatreba s Tralfamadorja (1984-1985) and Avantkurent (1985-1995).

The talk will be conducted in Serbo-Croatian.