The 22nd Birthday of the Newspaper Danas 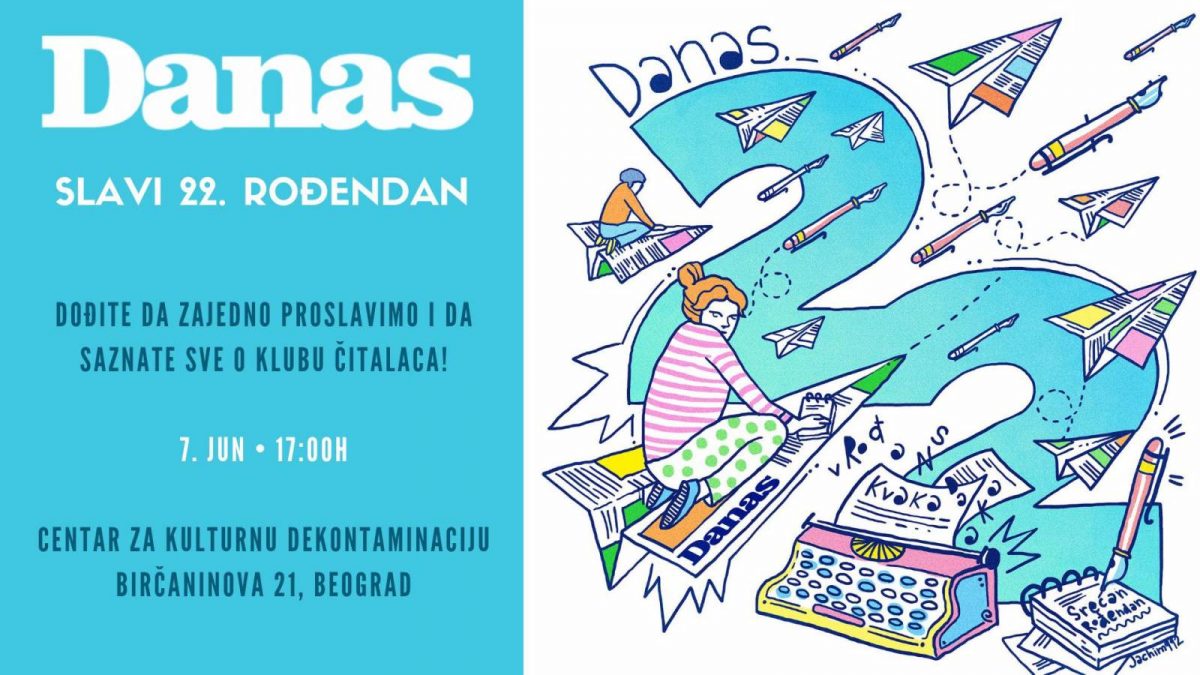 There will be a birthday celebration and crowdfunding party organized at CZKD on Friday, June 7th at CZKD from 5pm, for the 22nd anniversary of the newspaper Danas.

The daily newspaper Danas, as part of its crowdfunding campaign, is launching a community of its loyal readers – a Danas newspaper Readers’ Club, which will allow readers to give long-term support and help the newspaper stay independent from political and economic centers of power.