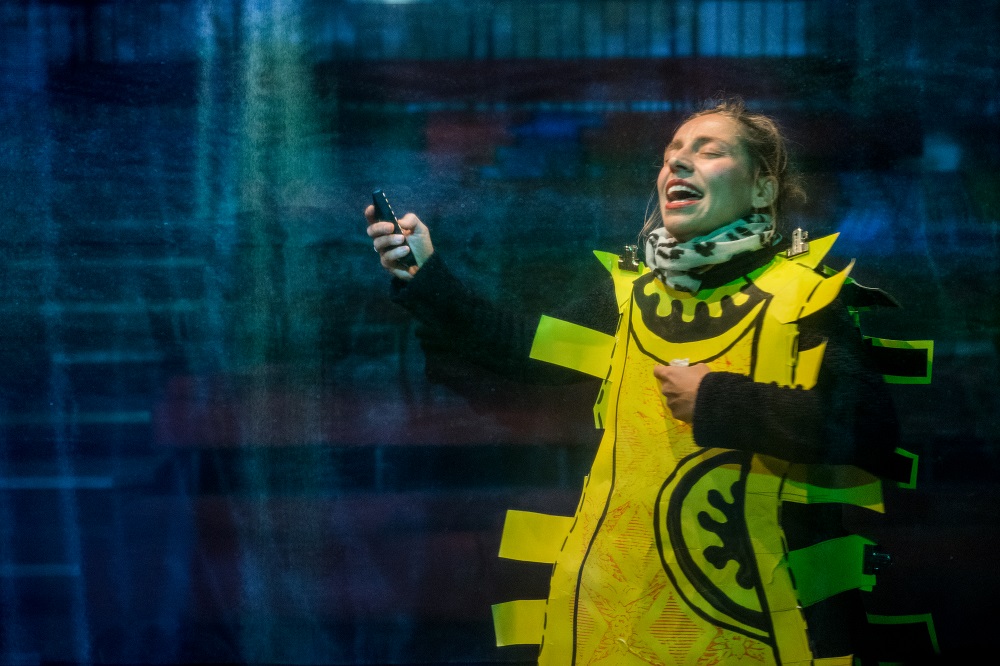 These performances will take place in honor of Borka Pavićević, and in accordance with her wishes. After the play on Friday, September 20th there will also be a discussion about Borka and her engagement at BITEF.

There will be simultaneous translation to English provided for both the play and the discussion on September 20th.

„Borka at BITEF“
– a program in honor of Borka Pavićević

A special program of this year’s BITEF, titled “Borka at Bitef”, will consist of a performance of the play “Authentic Interpretations”: ’68 (beginning exactly at noon, 12pm) and a discussion dedicated to Borka’s long-standing work “at BITEF and for BITEF” (beginning at 4pm).

The first, working version of “Authentic Interpretations”: ’68 came into existence in July 2018, developing until today, passing through what the actor Milutin Milošević described as “different streams”, in a process of interpretation and re-telling, becoming acquainted with the intimate narratives of the people who took part in the student protests of ’68 in Yugoslavia, as well as documentary material.

The foundation of the play are the memories and texts related to Borka Pavićević’s June of ’68. Ivan Medenica wrote that the entire play can be understood as a smart, gentle, sophisticated and subtle homage to Borka herself… the leitmotif taken from Borka’s fashion column is how lovely Belgrade looks in June. Borka loved June, the scent of linden trees, “freedom of movement in summer attire”, those “easy and bold movements”, the smell of June “that revolutionary year of 1968”.

The play is three hours long without a break.

Simultaneous translation to English will be provided (it is necessary to reserve headphones in advance).

A discussion titled “Borka at BITEF” will take place after the play, featuring people who worked with Borka at BITEF, or whom she met at BITEF – and Borka participated in BITEF since her third year at University, “working twenty years at BITEF, and a lifetime for BITEF”.

Participants in the discussion: Vera Konjović (permanent associate of the festival, director of translation of the 10th BITEF, program curator for “BITEF in film”), Beka Vučo (associate in the organization and preparation of BITEF from 1987 to 1991), Katarina Pejović (associate at the BITEF Bulletin, edited by Borka Pavićević from 1979 to 1985, member of the BITEF jury 2008), Ana Miljanić (theatre director and director of CZKD) and Ivan Medenica (artistic director of BITEF).

The discussion will be moderated by: Adam Ranđelović (dramatist at CZKD).

Entrance is free and simultaneous translation will be provided for English speakers (it is necessary to call and reserve headphones in advance).

The theatre play “Authentic Interpretations”: ’68 will be performed on September 21st exactly at noon, at CZKD.

Exactly at noon was Borka’s time, it is the Center’s time as well. Exactly at noon is when we celebrate the Center’s birthday, and that 12 o’clock always symbolically mark a “turning point”, either because of a new circle beginning, or a start of a new whole. Borka Pavićević wrote of the play: “Now that the entire crew has completed the first part of the working process, the actors, the characters that they invoked, the interpreters and storytellers of the June Turmoil have gone and they are neither in the yard where the children used to play, nor in the Pavilion, just as the “Early Works” of Želimir Žilnik are over and cannot be repeated, but only started from, from summarizing a defeat, and a desperation, and that which is built on that foundation cannot be repeated as well, because there cannot be another path exactly like it, and where there is joy of hope that something can be said about all that, in an authentic way, in an essential, substantial, formal and moral way, a kind of sadness, a vague tenderness immanent to a “working process”, takes over, with the hope that after 1968 comes 1969, and 2018 and 2028… and that everything will always start anew. In its own way unrepeatable.”

One of the key words regarding the play “Authentic Interpretations”: ’68 is the “process”, the persistence, the continuity, perhaps even a supra-temporality. Change and development. Development of method, the change of an historical moment, and in a sort of continuation, also based on memories, texts and work of Borka Pavićević most of all, a jump through time to the student protests of the 90s, Ana Miljanić and the team of “Authentic Interpretations” – maintaining a focus on the topic of students and fashion – are working on a “sequel” of the play – “The Fashion of a Student Misery” (2020), keeping a “part three” in mind – “And Then, Later” (2021).