Three Migrants on a Boat (to Say Nothing of the Smuggler) 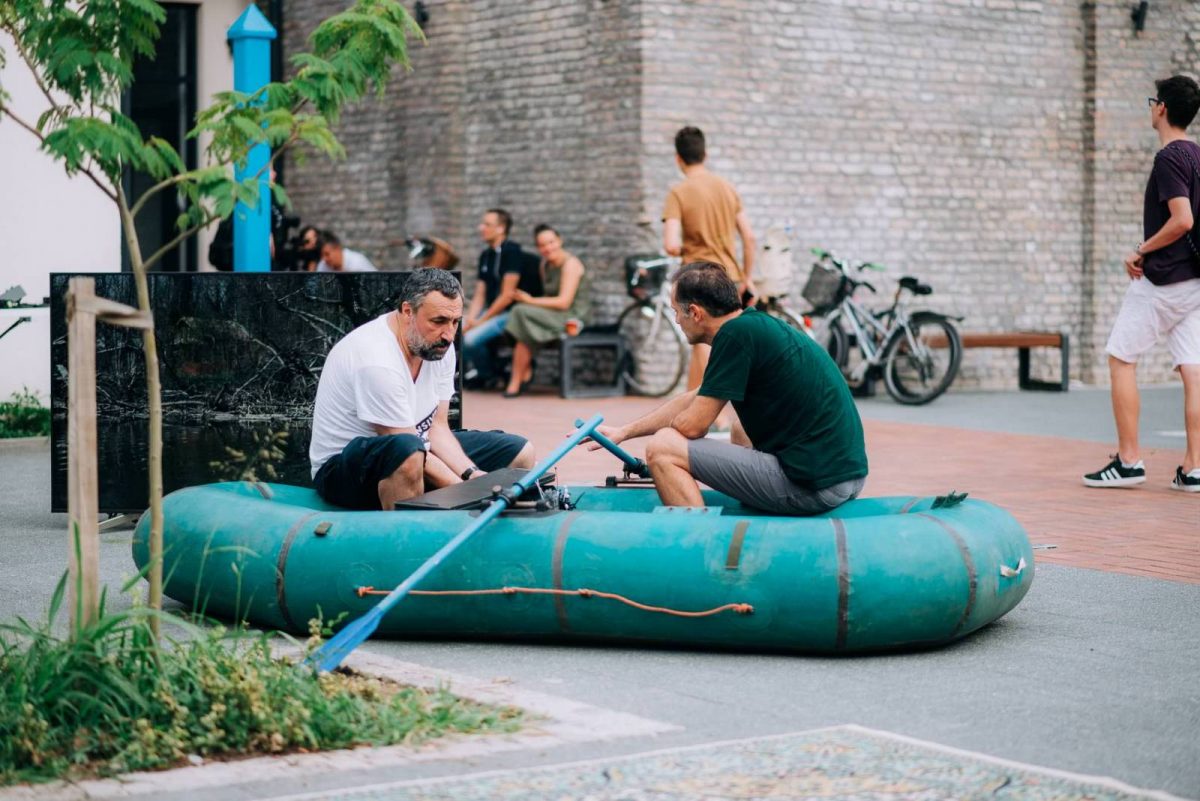 On Monday, September 16th and Tuesday, September 17th from 4pm to 7pm in a boat inside the CZKD yard a discussion will take place in which the audience will be encouraged to engage in honest confessions about their fears, or to debate about migration. This discussion is part of the artwork/performance “Three Migrants in a Boat (To Say Nothing of the Smuggler)” [2019] by Petko Dourmana, within the Borderline Offensive Tour.

And then on September 18th and 19th from 5pm to 6pm – there will be an infrared installation at CZKD where the artist will perform as “the Smuggler”, and up to 9 members of the audience equipped with night vision devices (NVDs) will be able to observe the installation without being seen, surrounded by a panoramic video projection of the Evros river banks, set in infrared and perceived only through the gaze of the NVD wearing audience, who thus become performance border guards.

A performance installation set as a fictional trip of three migrants and a smuggler on a small rubber boat (dinghy) that is going upstream river Evros at night. Evros is a liquid portal into Greece and thus the European Union, flowing from Bulgaria to Greece and Turkey and is a perilous part of the main migrant smuggling routes. According to Greek sources, the river has the largest number of buried and unidentified migrants in Greece.

Based on sketches, dialogue and jokes from the popular comedy classic Three Men in a Boat (to Say Nothing of the Dog) by Jerome K Jerome, the river Thames becomes river Evros, the 3 friends become desperate migrants, the dog becomes a smuggler, and the leisurely trip becomes a perilous fight for life in the dead of a pitch-dark night. 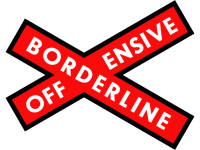 Migration is one of the main reasons for human evolution. In recent years’ countries in Western Europe head the top of the list as lands of opportunity for thousands of migrants from the Middle East. This, otherwise normal process of movement of people, received the definition of “crisis” in 2015 when hundreds of thousands of people from conflict and impoverished areas left their homes behind, crossing the Mediterranean Sea or taking various routes through Southeastern Europe and flooded Western European countries by the boatloads. Since then, the receiving countries and ones along the escape route have not been the same. Tension, violence, and hate clash and co-live with acceptance, tolerance and true humanitarianism and have been occupying the public spaces and minds of Europeans ever since. The project Three Migrants in a Boat (To Say Nothing of the Smuggler) puts the common person in a position to engage with the topic first hand. The project is loosely based on Jerome K. Jerome’s famous book Three Men in a Boat (To Say Nothing of the Dog) and addresses a sensitive and serious subject through comedy. This project’s main objective is to reach various audiences in Europe and also in the United States where migration is a hot topic. The long term goal of this project is to organize the theories and opinions shared by the various audiences in a single written collection with a humorous undertone. Both with the performances and the written collection the authors hope to break the stigma around the subject while also voicing it to the world without attachment to any political agendas.

Petko Dourmana is a media artist working with technology and new media as well as in the area of art and technology since 1996. His artistic and curatorial projects have been shown at many locations as ZKM Karlsruhe, Chelsea Art Museum and Location One in New York, Transmediale Berlin, ICA London and many others. Education: Art School for Industrial Design, Kazanlak, Sculpture at Academy for Fine Art in Sofia, PhD student in Interface Design at Veliko Tarnovo University. Founder and chairman of InterSpace Association and Cult.bg Foundation based in Sofia, Bulgaria.

Petko was part of the Borderline Offensive artistic residency in Leeuwarden, Netherlands in June 2018, part of the Leeuwarden-Fryslân 2018 European Cultural Capital programme – from where the idea for Three Migrants in a Boat (To Say Nothing of the Smuggler) was created. He was participating in BO touting 2019 in Gotenborg and made a guest appearance in ECOC Plovdov and ECOC Novi Sad 2020 programme Kaleidoscope and now he is coming with his dinghy to Belgrade.