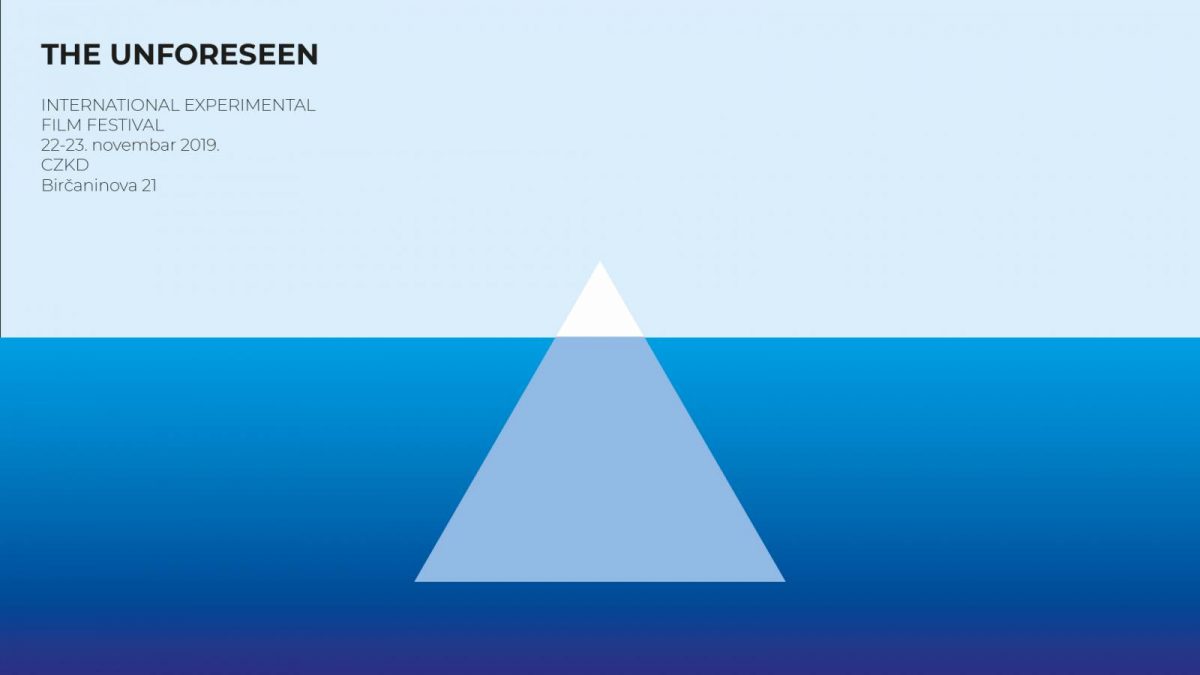 The fourth annual International Experimental Film Festival “The Unforeseen” will take place at CZKD from November 22nd to 23rd 2019. Over the course of two days, within the selection titled “Anemic Cinema” the audience will be able to see two hours and ten minutes of new short experimental films from all over the world, which test the limits and possibilities of the language of film in an imaginative and fresh way.

Apart from film experiments, there will also be a marathon of short films by Yevgeny Yufit, titled “Necrorealism in film”, a lecture by prof Luka Bešlegić (FMK) on the crucial questions of the current state of experiemntal film – what is considered experimental today? Ivana Rajić, award-winning camerawoman and photographer, Luka Bešlagić, theorist and lecturer at FMK, author of books “Two Languages of Novels” and “Theory of Experimental Text Production” and Manja Ristić, violinist, known for her contributions to the field of sound-art – are part of a jury which will decide on one or several best films from the selection (First prize: the “Tom Gotovac” award and Special recognition). There will be an Audience Award this year as well.

Following the end of the second day, the audio-visual program of this year’s Festival, traditionally, will close with a music performance by Manja Ristić.

7pm Official opening of the festival:

Part one of the competition program (duration: 65 minutes):

Starting from the concept of experiments in art and in film, the central focus of the lecture is to determine the role of experimentalism in contemporary film practice. The focal point is the position of the film experiment in the era (after) postmodernism, which came after a period of radical modernist avant-gardism, during which the screen space had been formally explored in every conceivable way. The contemporary experimental film practice can increasingly be described as post-experimental: it doesn’t give up on applying the most varied experimental approaches, but now – in the conditions void of the original (modernist) raison d’être of experimenting – it uses them as existing, available techniques.

8:30pm Announcing the winners and screening the awarded films

Entrance is free for all events.

The Festival is supported by the Ministry of Culture and Information of Serbia.