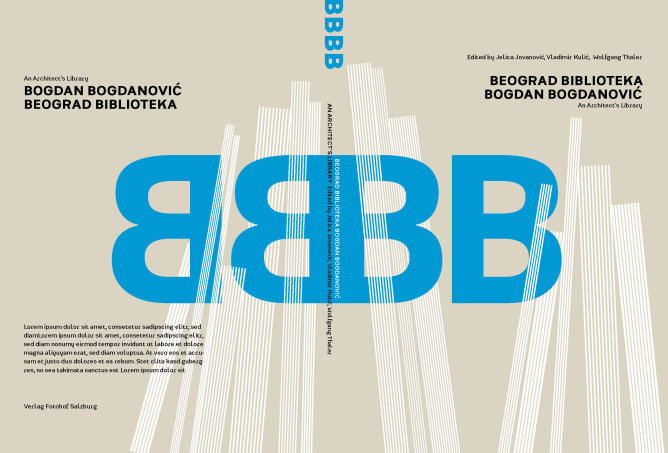 The promotion of the book “Bogdan Bogdanovic Library Belgrade. An Architect’s Library” by Jelica Jovanović, Wolfgang Thaler and Vladimir Kulić, will take place on Wednesday, December 11th at 6pm at CZKD, along with an exhibition of photographs by Wolfgang Thaler.

It’s long been believed that the entire legacy of the architect Bogdan Bogdanović is located in Austria. Bogdanović’s drawings are in the Architekturzentrum Wien, while his documents, letters and manuscripts are in the Archive of the Austrian National Library. However, a third part of his equally precious legacy, his personal library, remains in Belgrade – which he mourned after his exile until the end of his life. After unsuccessful attempts at forming a legacy or foundation which would preserve this legacy in Belgrade, the library is still located in the apartment at 1 Slobodan Marković Square, together with his remaining projects and personal possessions. In April 2018 a group of seven “librarians” – architects and art historians, entered the library and took inventory. They were accompanied by the photographer Wolfgang Thaler, who recorded the library being used in its original form, perhaps for the last time. The result of this endaevor is the book “Bogdan Bogdanović Library Belgrade. An architect’s library.” which brings a selection of 350 books from the library, with additional texts from Dietmar Steiner, Vladimir Kulić and Jelica Jovanović, and photographs by Wolfgang Thaler. The result is a detailed inventory of the library and a digital collection of plans and documents, as a step closer to preserving the legacy of Bogdan Bogdanović in Belgrade.

The book promotion will be followed by an exhibition of photographs by Wofgang Thaler, who recorded the working process of seven librarians in Bogdanović’s Belgrade apartment, the atmosphere and the living space in which the library itself is situated.

The exhibition of photographs and the discussion is supported by the Austrian Cultural Forum in Belgrade.