Public reading of the play “Petals of Imprisonment” by Fernando Arrabal 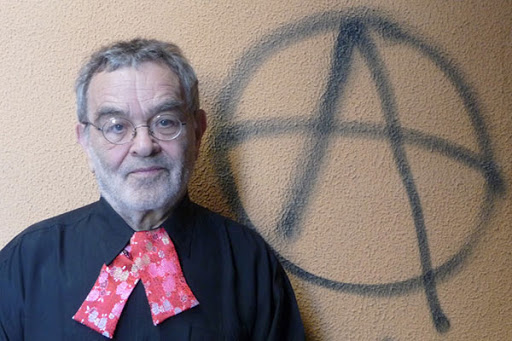 The new play by Fernando Arrabal, “Petals of Imprisonment” will be streamed via the YouTube channel of the Center for Cultural Decontamination on Tuesday, August 11th at 7pm, without the presence of an audience. The play will be read by Dobrila Boba Stojnić and Dimitri Udovički. Directed by: Dimitri Udovički.

“Petals of Imprisonment” is Arrabal’s shriek. A shriek which echoes through the deserted streets of the entire world. A shriek of imprisonment. A shriek in the name of all those imprisoned. A shriek against this perfidious war, where no bullets are ever fired. Where the target is not the human body, but our mind, our spirit and our freedom. We are all imprisoned. Reduced to our own circles. Entrapped by the legacies of our own work, we move in pointlessness and collide with the pointlessness of everything which we, lead and seduced, piled up around us. Burying our expanses and our freedom. We have nowhere to go, caught in our own trap. Stranded. Stupidly, foiled.

Arrabal has the weapons against the oppressors and the torturers. A weapon they do not, nor will they ever, have – POETRY.

Fernando Arrabal, “Petals of Imprisonment”
Translated by: Dobrila Boba Stojnić
Written for one actress, in isolation, between March 20th at 12pm and May 10th in Paris, for 10 viewers or less, for the duration of 88 minutes. On August 11th 2020 Fernando Arabal will be 88 years old.