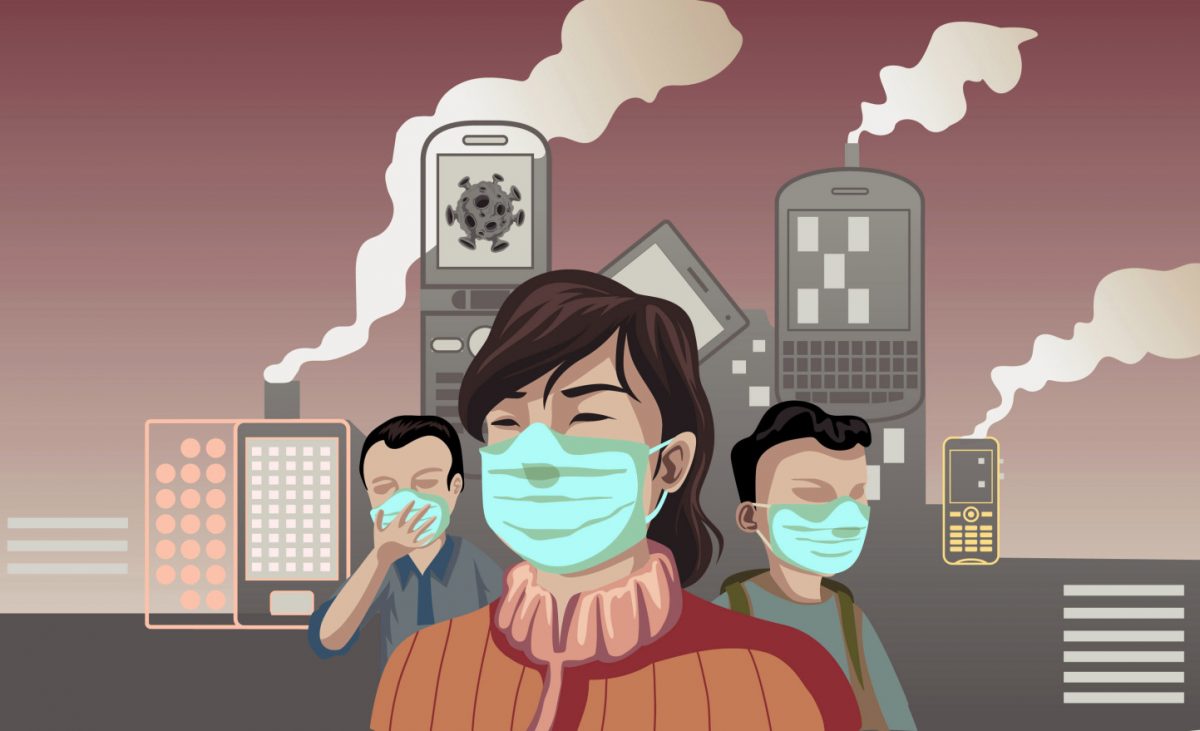 “The 2019-nCoV outbreak and response have been accompanied by a massive ‘infodemic’ — an over-abundance of information — some accurate and some not — that makes it hard for people to find trustworthy sources and reliable guidance when they need it.” (WHO Situation Report, February 2, 2020)

The coronavirus poses a serious threat to life but, seven months since doctors first warned the WHO of a dangerous new type of coronavirus, we still don’t know everything about Sars-Cov-2. The combination of uncertainty and fear has meant many people have tried to find their own answers and, in some cases, it’s killing them.

Eating sea lettuce or injecting disinfectants won’t prevent you from getting COVID-19. Holding your breath for ten seconds is not a test for SARS-CoV-2. Russian President Vladimir Putin did not release 500 lions in Moscow to persuade the city’s residents to stay indoors as part of the efforts to fight the pandemic.

The consequences of misinformation about the coronavirus have, for some, being death. At least 44 people in Iran died in the early weeks of the pandemic from drinking bootleg alcohol in the mistaken belief it would protect them. Gary Lenius, a man in his sixties from Phoenix, died after drinking fish tank cleaner he mistakenly believed contained hydroxychloroquine, the drug promoted by President Donald Trump, which has since been dismissed by scientists as ineffective against Covid-19.

In Texas, a man in his thirties was reported in early July to have attended a “Covid party” held by someone who had been diagnosed with Covid-19 to test whether others would become infected and to “see if the virus is real,” according to Jane Appleby, chief medical officer of Methodist Healthcare in San Antonio.“Just before the patient died they looked at their nurse and they said, ‘I think I made a mistake. I thought this was a hoax and it’s not,’” said Appleby at the World Health The organization held infodemiology conference at the end of June 2020.

Jevin West, a data scientist at the University of Washington in Seattle, co-created Calling Bullshit, a course on how to spot and counter false appeals to scientific and statistical evidence, whose core aims include researching rumors and misinformation during crises. “It’s been all-consuming, a bit like trying to build a boat while you’re floating along in the sea,” he says.

In March, British singer and television personality Kerry Katona shared an Instagram post claiming that children with COVID-19 would be separated from their parents and taken to the hospital alone. Humans have an emotional relationship with information. It doesn’t matter how educated you are, we are all susceptible to information that reinforces our worldview, and we are all drawn to that kind of information because it makes us feel something.

Lives and trust in science, are at stake and scientists need to do something about it. Sharing your work and expertise, and engaging with the public, is an important part of being a scientist now. A scientist should be encouraged to ‘step outside their lane’ during a worldwide crisis.

We should learn the difference between the facts and the truth, the different modes of understanding how we approach knowledge and what that can tell us about conspiracy theories, misinformation, and the worrying growth of those who resist measures to halt the spread of the coronavirus.

The text was created within the project Integrity and Authorship in journalism in Western Balkans. You can learn more about it via the following link.

The project is supported by the Human Rights Fund (2019-2021) / The Embassy of the Kingdom of Netherlands in Belgrade.