Publication: Integrity in Journalism – Conversations with journalists from the Western Balkans countries 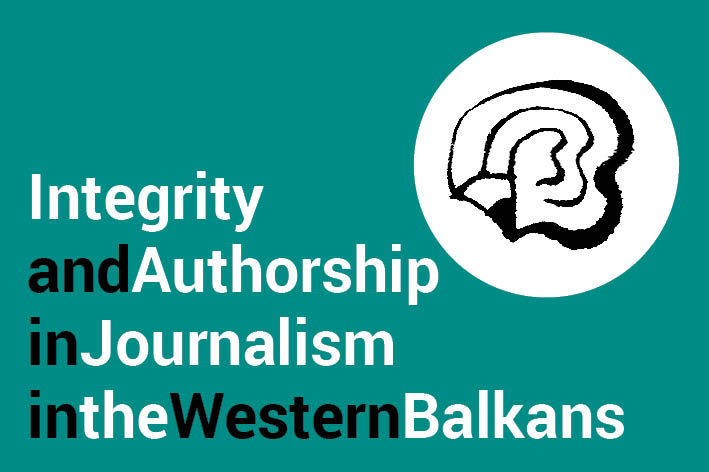 Let us talk about integrity! It was a simple invitation, to which, as it turned out, a simple answer cannot be given. Through conversations with twenty-four journalists from the West Balkan countries, we have tried to answer the questions of what integrity is, what the price of not compromising is, if they have the public interest in their hearts, how the emergence of social networks has changed the fight to keep the standards of reporting high. We have chosen the journalists based on their work, uncompromising advocacy for professional standards in the hardest of conditions like the war in ex-Yugoslavia, living under the dictatorial or authoritarian regimes or reporting on organized crime. For that reason, this publication does not have classical headlines, they belong to our interlocutors. On the following pages, you will find all the “usual suspects”, for some of whom you have probably never even heard of. We wanted to give some space to those who are not often present in the public eye, while merging, at the same time, different generations and journalists from different media, working on various issues. Even though they live in six different countries, their problems are the same: lack of transparency and access to public information, pressure coming from owners, politics, and large advertisers.

Our goal was to give a small insight into the dilemmas media professionals face in their work, to show the challenges they face and if they are always ready to meet them, and whether or not they have the support in their own newsrooms. Have they ever thought they had enough? If yes, why have they stayed? We talked about eternal issues, like objectivity and activism.

Journalism leaves little space to talk about oneself, because its basic goal is the fight for society’s interests, thus inciting the journalist to always put the public first. That is why it is a challenge to talk with journalists about the problems they face and how they deal with them.

We have fulfilled our intention, more or less and we can say with certainty that the reader will remain in a dilemma until the very last word because while the questions stayed the same for all of our interlocutors, the answers given differed from an interview to interview. In this difference lies the allure of journalism.

The publication can be found in different languages:

Integrity in Journalism – Conversations with journalists from the Western Balkans countries