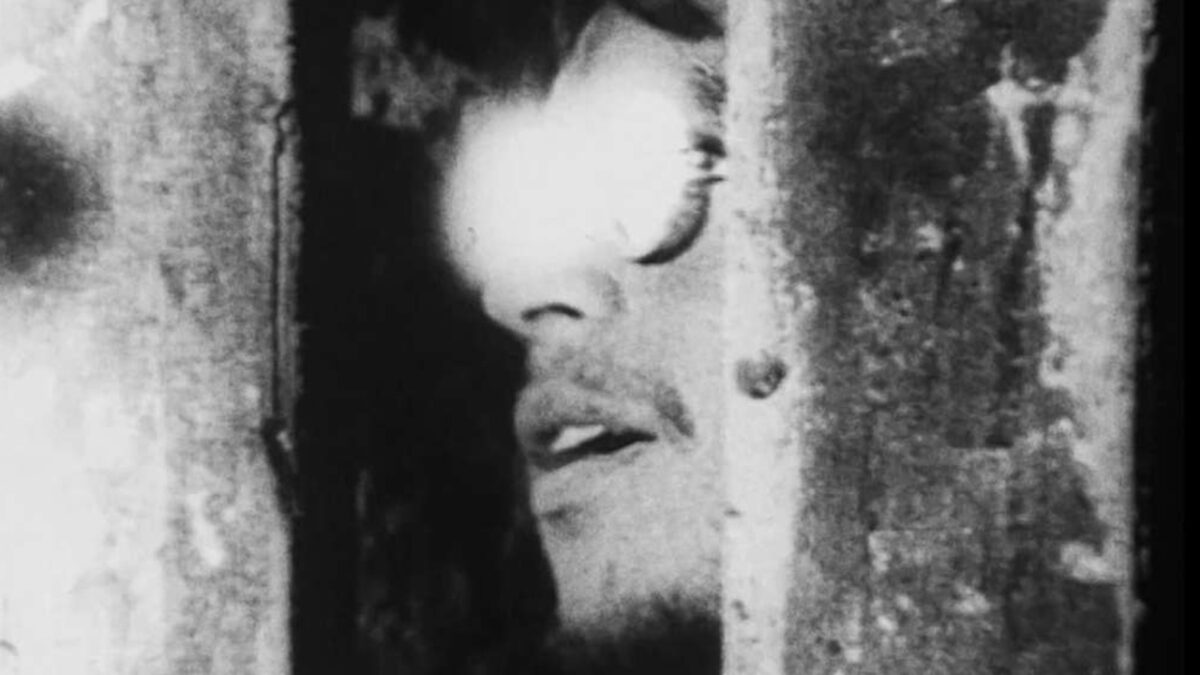 We celebrating 10 years of CZKD Cinema with a special two-part program, at 18h and 20h!

18h Introduction to the Theme program Oberhausen 2021
“Solidarity as Disruption”

In 2019, we have comprised the Theme program titled “Solidarity As Disruption”, for the International Short Film Festival in Oberhausen, which was intended to inspire a reflection on solidarity as disruptive event of re-constituting of the society. We will examine how we read our own message from the distant year of 2019, this Theme program meant to re-activate the resources of cinema in the search of the new social infrastructure of solidarity, after the global suspension of the 24/7 flow. We invite you to use your memory of 2019, 2020 and 2021 to participate in the game of multiple viewpoints, so we can examine how the idea of solidarity has changed between ourselves.

Branka Benčić is a curator and art historian, director of the Museum of Modern and Contemporary Art in Rijeka, Croatia. She has curated exhibitions and screenings in Croatia and internationally. She served as artistic director at Apoteka Space for Contemporary Art, curated Artists Cinema series at the Museum of Contemporary Art Zagreb, and Cinemaniac Think Film program at the Pula Film Festival. She curated the Croatian Pavilion at the 57th Venice Biennale (2017).

Aleksandra Sekulić is a philologist of general literature and theory of literature, the programme curator at the Center for Cultural Decontamination (CZKD) in Belgrade. In the 2000s, she was programme curator and film producer at the Academic Film Center in Belgrade and a member of the Low-Fi Video movement, Media Archaeology project and the Kosmoplovci collective in Belgrade. Since 2019 editor in Beton magazine.

The programme brings together five films which revolve around bodies bearing witness, and perception as resistance. Barbara Hammer’s Optic Nerve is a meditation on memory and empathy using optical printing and editing to fold past and present into each other and highlight the vulnerability of our bodies through the fragility of the film medium. In Untitled Sequence of Gaps Vika Kirchenbauer reflects on the limits of what can be perceived: How can we show what our eye cannot see, and how can we access an experience we don’t remember? In Kevin Jerome Everson’s Ears, Nose and Throat a young woman recounts her memories of a tragedy she eye-witnessed, while her body’s capacity to perceive and to articulate itself is examined. Doug Porter’s Losing Sleep revolves around a computer hacker’s struggle with chronic insomnia and his attempts to reconnect with the physical world. Walled Unwalled is a performance to camera based on evidence heard or experienced through walls, which reflects on the political dimensions of sound and perception.

Katrin Mundt (DE) is a curator, author and co-director of the European Media Art Festival (EMAF), Osnabrück. She has curated projects for art spaces and festivals such as Videonale Bonn, Württembergischer Kunstverein Stuttgart, HMKV Dortmund, Intermediæ, Madrid, and 25 FPS, Zagreb, among others, and was a programmer for Oberhausen Short Film Festival, Kasseler Dokfest, and Duisburger Filmwoche. She has given lectures and workshops at institutions such as Goldsmiths College, London, the Academy of Media Arts, Cologne, Ruhr-University Bochum, and the Academy of the Arts of the World, Cologne. She regularly writes on artists’ moving image, with a particular focus on its intersections with documentary and performative practices.

In 2021, CZKD Cinema is realized with the support of the Ministry of Culture and Media of the Republic of Serbia. 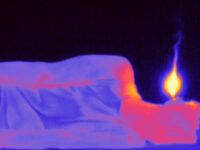 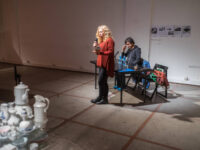 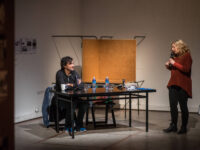 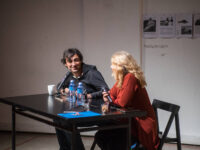 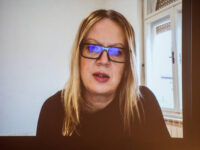 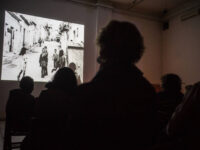 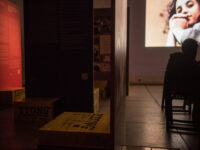 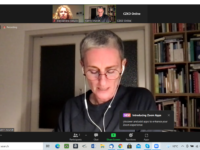 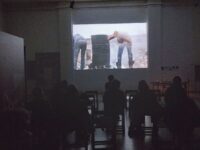 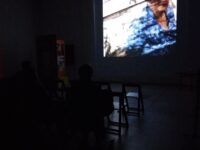