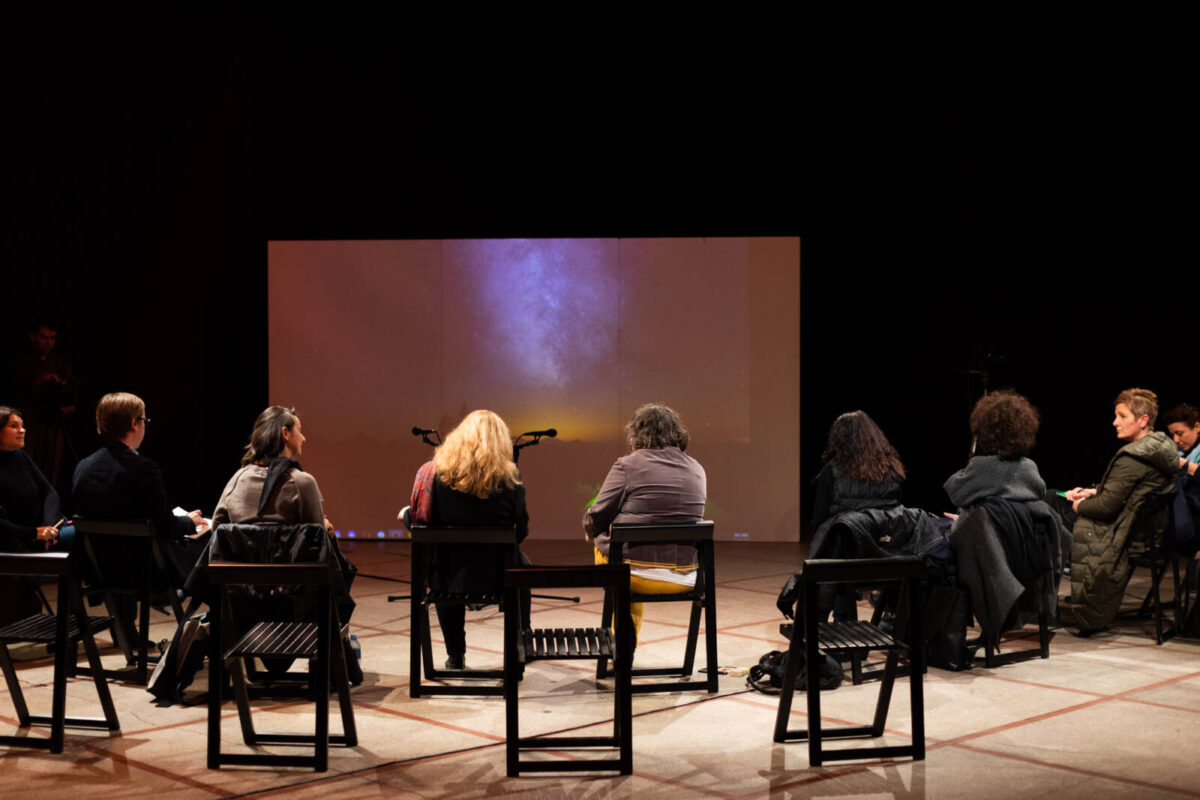 Cultural policy that we are reflecting and creating by ourselves – through production and critical thinking – is regenerating thought about the future.

Series of discussions entitled “Art After Crime” organized by the Center for Cultural Decontamination started out in December 2020 including actors from the field of art from former Yugoslavia, and aiming to open up discussion around the questions of the relationship between the contemporary art production, exhibition and curatorial practices, critical and theoretical positions, as well as various institutional and infrastructural logics concerning wars and war crimes during the 1990s. Curators of the series are Dejan Vasić and Simona Ognjanović, and participants that gave speeches up until now were: Zdenka Badovinac, Ivana Bago, Đorđe Balmazović, Sezgin Boynika, Jerko Denegri, Ognjen Glavonić, Igor Grubić, Nebojša Jovanović, Šejla Kamerić, Pavle Levi, Vesna Madžoski, Mladen Miljanović, Marko Peljhan, Darinka Pop Mitić, Darka Radosavljević, Dejan Sretenović, Irina Subotić, Nebojša Šerić Shoba, Milica Tomić and Janka Vukmir in discussion with the audience and colleagues.

In her introductory talk Ana Miljanić emphasized that, within a long-lasting situation that could be termed as a defeat, it is expected of culture to take on the issue of war crimes. This expectation is being put forward by the society and its legal system that were unable to bring such processes to a conclusion. The Center, by organizing this series, has opened up the field of critical reflection and analysis of special conditions within which the artworks arise, which is predominantly in the fields of the independent culture and civil society that largely remain outside the critical reflection. The second reason she mentioned consists of an intention to bring into question all paradigms, including the culture of remembrance in which we have dwelled for such a long time. Another important reason consists in opening up a critical space also for younger generations as well as in raising the questions about the notions such as the duality of the topics of the 1990s and the war crimes. This discussion was organized with an aim to reflect the long-lasting activities within the contemporary actualizations of this topic. At this moment this topic is again placed in the focus, in relation to the situation with the mural, or, as it was termed in some recent statements, the pictorial graffiti of the war criminal Ratko Mladić that appeared on the walls of Belgrade and other Serbian cities and the struggle to remove it. It was also in relation to the Management Board of the Film Center of Serbia (FCS) decision to decline support for the production of film projects despite the decision of the jury that was appointed by the FCS itself.

Aleksandra Sekulić pointed out the importance of cultural-political frameworks of cultural policies, not only the local ones in the region, but also the cultural policies of the European Union in relation to supporting culture and civil society, that largely determine the practices too. All this is connected to the way in which the priorities of the cultural policy of the EU have changed from the times of its enlargement and the Culture 2007-2013 program to a market orientation of the ongoing Creative Europe project. In addition, the situation of a pandemic in which the series “Art after War Crimes” was realized during 2020 and 2021, setting up various obstacles for the realization of initially planned conferences, has led to a new format of discussion which was up until then unimaginable – the series was realized month after month through discussions on digital platforms and thus by allowing a longer time format enabled more profound insights and revelations. This suspension of the usual time-framed dialogues has provided a new format that created a rich archive and reliable knowledge.

The curators and moderators of the series Dejan Vasić and Simona Ognjanović have given an insight into the initial idea for the series as well as its theoretical framework. Dejan Vasić stated that “the starting point for thinking about the project ‘Art After Crime’ consisted in the intersection of, on the one hand, Adorno’s dictum that after Auschwitz it is barbaric to write poetry and, on the other hand, Agamben’s claim that art has the potential to speak about the things that are unspeakable. At the beginning of the 1990s when the paradigm shifted towards what we recognize today under the term contemporary art, there was also a shift to the model of project-based financing that includes expectance to fulfill certain aims as well as requiring various measurable indicators of successfulness. My thesis consists of the claim that contemporary visual and pictorial art is open to the uncertainty of the outcomes and to chance which thus leaves the very language of art inadequate for this kind of thinking. That is the reason why there is the usage of terms borrowed from other disciplines such as international law, human rights, cultural studies, anthropology, forensics, etc., while in the place of the artistic process the term project and art-based research is introduced during the 1990s. What I want to point out is that cultural policy influences not only financing, production, exhibiting, interpretation and perception, but also to a large extent the very nature of the artwork.”

Simona Ognjanović reflected on the methodology of the series: “This series is characterized by repetitiveness, by repetition of the same thing with a difference. The basic idea was to repeat all over again the same questions, questions of infinite complexity, from one meeting to another. Maybe the two most interesting reflections of the whole concept were given by our interlocutors who perceived all the discussions as one and the same discussion, as well as our effort to bring face to face different positions of those that haven’t been collaborating frequently with each other. It was also about creating a context in which something different could be heard, i.e. it was a model of establishing a dialogue that seemed impossible. It is that paradox of repeating the same questions that have no answers to that seems to me as an important place where some of the symptoms and problems reside.”

Four expert collaborators were invited by the Center for Cultural Decontamination to offer their comments on the growing archive and the development of the series. Milica Pekić pointed out various approaches of the participants to certain notions and experiences – what would exactly entail the syntagm art after war crimes, about the relation between the event and its representation, about the production of sociality, about the capacity of art for transformation, about communities and about the very format of discussion that gathers stories that would otherwise remain marginalized and whose incoherency is interesting. Slađana Petrović Varagić has also spoken about the importance of the initiated archive in emphasizing the perspective that it opens for future research. She also expressed hope that the researchers will be recognized also in the systematization of the work since we don’t have enough time for reflection due to the constant relativization and normalization of the cases, while conversation like this offers potential for comparisons with the current situation. Vesna Milosavljević made a remark that this artistic production shares its destiny with various other spheres of society and appealed for thinking about the future of these materials within a public multimedia format that would significantly enlarge knowledgeable and expert public of the series, since this archive is important as the basis for research and mapping projects. Mirjana Boba Stojadinović described the notional tensions in temporality: can we speak about art after war crimes and at the same time to remain silent about art before war crimes; about the process of humanization that lies in the heart of artistic practice as a contrast to dehumanization that lies in the basis of crime; and about the uneasiness that is present among the audience of this sort of art.

During the course of the discussion professor Milena Dragićević Šešić pointed out the need for this kind of work not to remain limited to the fields of visual arts and film, but to be also extended to the fields of performing arts and music as well as to the larger field of culture since it is the synergy of those activities that enable the implementation of a “cultural policy from below”, i.e. a real civil society policy. In her opinion, it is also necessary to involve social movements in this kind of discussion, as well as the appropriate philosophical, sociological and politological thought of present-day society. Marijana Cvetković drew attention to the plurality of meanings of the term crime as it was the topic of one of the first discussions in the series. She stated that this term also includes the murder of Yugoslavia, economic crimes as well as the annihilation of sociality in favor of creating new identities. She also pointed out the need for making archives ourselves and, despite the burden of our daily obligations, to observe those plural histories and that archives are important resources for that. Suada Kapić emphasized that artworks and their capacities must be valued in relation to the context from which they arise. She also agreed with Milena Dragićević Šešić’s account that cultural policy has already been created and that it is still being created through independent and knowledge production. Aleksandra Sekulić drew attention to the goal set up by the Center for Cultural Decontamination in 2019 that demanded articulating recommendations for a new cultural policy, although in today’s tense situation there are no addressees to whom those recommendations could be sent: “We are trying to articulate a cultural policy in order to reintroduce the thought of a different future, which is otherwise repressed.” Jelena Vesić started out from the thesis that contemporaneity must be historically observed, even within the situation that can globally be perceived as a defeat, in order to emphasize that significant historical developments have always happened owing to a developed counter-infrastructure (both in terms of media and organization) and to a non-possessive relation to life (in contrast to today’s primacy of individual life, life can be given for an idea). She noticed that it seems that we are below such a capacity, yet the struggles over the past 30 years have been very heartfelt. According to some researches, the precariat is, after the fast downfall of institutions, the main actor of production. Vesić claimed that one paradigm has vanished while a new one has not been born and thus what we are doing now, through a persistent struggle for a different understanding of culture and politics, represents a process of instituting. It is a testimony about a possibility, about a way of life and thinking that cannot be found anywhere else.

The continuation of the series “Art After Crime” was announced together with further development of this specific archive that has a regional significance outreach.

The program is realized within the framework of “Diversity in Culture and Activism” project. 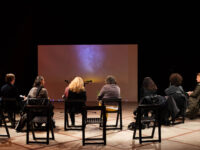 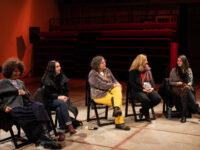 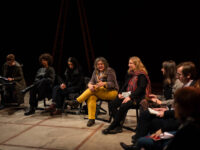 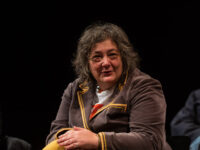 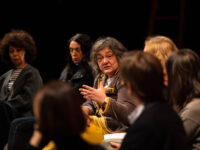 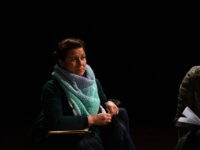 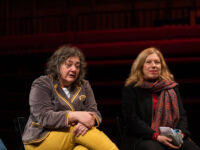 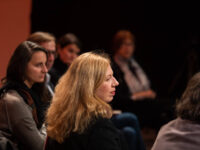 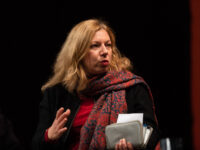 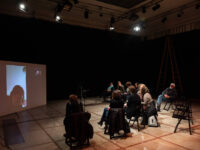 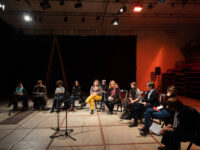 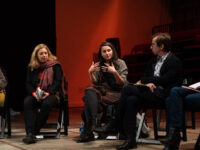 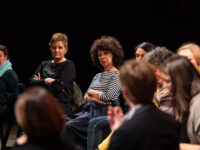 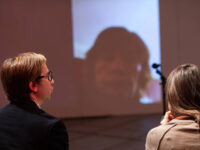 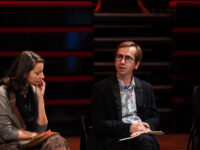 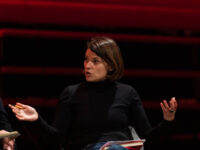 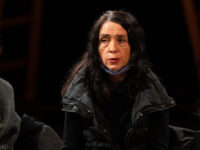 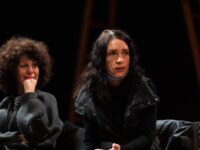 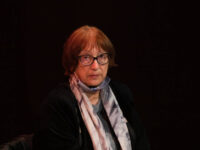 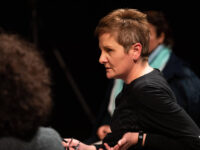 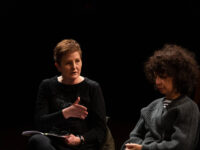 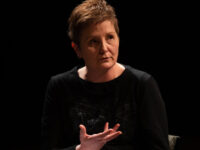 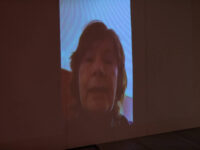 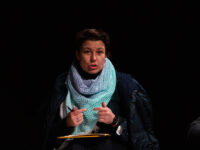 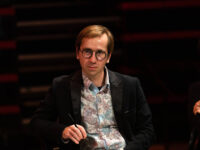 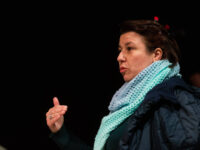 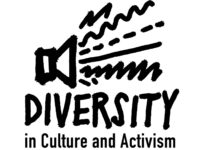