A place where people come to feel free 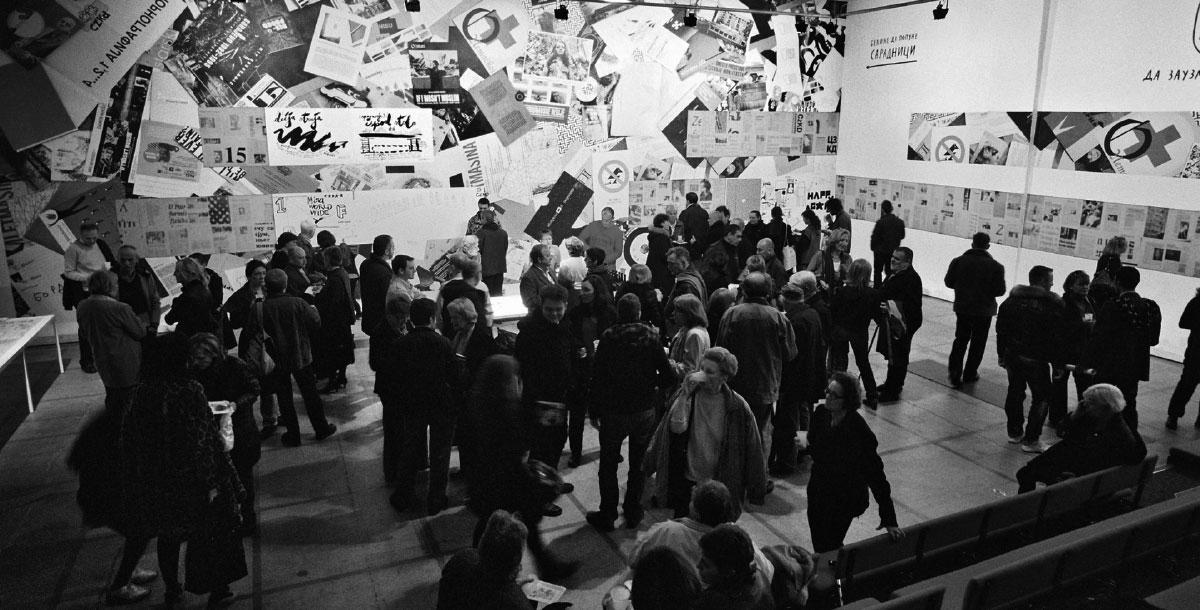 The Center for Cultural Decontamination (CZKD) is a nonprofit cultural institution whose work is based on critical thinking, and cultural and artistic production. Through cultural and social engagement, which has included thousands of people, CZKD articulates initiatives of politization and repolitization of public space, culture and art.

Established at a time of war and transitional devastation, the Center has managed to develop into an institution of resistance. Opened at the “First Decontamination”, on January 1st 1995, with the firm belief that nationalism, xenophobia, and any kind of violence can be questioned in the same way that they are developed – through culture, art and public speech. Since then the Center has been an institution of critical thinking and the affirmation of the right to rebel, without separating human rights and justice, art, culture and truth. Since its foundation, CZKD has organized several thousand various programs: plays, performances, exhibitions, concerts, public discussions, film screenings, workshops, seminars, conferences, lectures and complex performance experiments. CZKD is a place of political and cultural dialogue, a public space that is open for both critique and affirmation.

One of the traits of the Center for Cultural Decontamination (CZKD) is its capacity to react quickly to current cultural phenomena, to articulate responses to problems and questions that arise daily, which makes it stand out in a time of limited institutional flexibility, due to political partitocracy and the limiting of independent culture through an imposed project model of action. CZKD offers a possibility for initiatives, individuals and organizations to realize programs, projects, meetings, and actions of solidarity. Through the long-term platform “Delegated Public Space” we offer “unpredictableness”: an openness for unplanned potential emerging from both the official and the independent culture.

Apart from realizing ideas in practice, the organic connection between text and context is yet another principle of politics and poetics of CZKD. If culture is a public good, and if disputes, breaks and fractures, conflict and contest, are the basis of society – then that is the spirit of CZKD.

The production process in CZKD is based on collectivity and cooperation in the community, consisting of artists, activists, theoreticians, NGOs, international and local cultural, artistic and human rights initiatives, and this dynamic of cooperation CZKD develops on both the regional and the international level. CZKD aims and succeeds at achieving a two-way cooperation: visits, coproduction, support and exchange are just some of the ways of developing a dynamic of the CZKD public space – CZKD is both the guest and the host.

Where are we located?

The former Museo (Paviljon Veljković) is the first private museum in Belgrade (1931). CZKD has filled this space with questions of cultural continuity and the discontinuity of the states in which it survived, by constantly introducing novelties and reevaluating its own work and the contexts in which it exists.

The Amphitheater CZKD Pavilion Veljkovic is located in the place of the Museo, the first private museum in the Balkans from 1931. After the Second World War, Yugoslav authorities nationalized the complex, and as of January 1st, 1995, it was revived as cultural space.
Pavillion Veljković is the main building of the Center: 220 square meters, 5.8 meters height and a seats capacity for 150 people.
The Debate center is located in the office building of the Center, on the first floor, with capacity for 40 people along with the necessary technical equipment.
The inner cobbled courtyard is a special area from which cafe of the Centre could be accessed, with a capacity to accommodate 200 people.
The Bookstore is another functional area of the Centre, used during summer as the alternative space for programed events