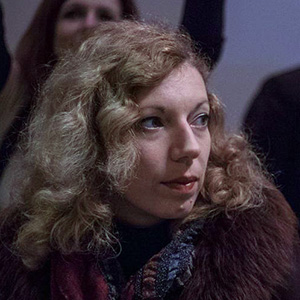 Aleksandra Sekulić is the program director at CZKD.

She is  a Theory of Art and Media PhD candidate at the Faculty for Media and Communications in Belgrade. She obtained her Master’s degree in Cultural Management and Cultural Policy in the Balkans (University of Arts in Belgrade/Universite Lumiere Lyon 2, UNESCO Chair) with the thesis “Archive as a cultural form: creating video archives and data-bases” (mentor: Milena Dragićević-Šešić, co-mentor: Gaby Wijers, NVIM, Amsterdam).

She graduated from the University of Belgrade, Faculty of Philology, department of World Literature and Literature Theory. She has been working as program editor at the Center for Cultural Decontamination in Belgrade since 2010 (visual arts, film program, Delegated Public Space, Context Studies, and other projects).

She was a member of the Low-Fi Video Movement (1997 – 2003). She has been a member of the group Kosmoplovci (since 2001) and of the Media Archeology team (www.medarh.org). With curator Branka Benčić she organized the exhibitions: “Video, television, anticipation” (The Museum of Contemporary Art in Belgrade and The Museum of Contemporary Art in Zagreb) and „Slobodan Šijan – Film pamphlet” (CZKD, MMC LUKA Pula).

Together with the Media Archeology team she organized the following program cycles and projects: “The Nineties”, “The Possibility of Choice”, “Voting Machine”, “Youth Culture in SFRY” (as a program cycle and a TV show in cooperation with the Public Service). With the group Kosmoplovci from Belgrade and the National Library of Serbia in 2010 she organized a research, an exhibition in Leipzig and the book “The Invisible Comic Book: Alternative Comic Books in Serbia 1980 – 2010”. She worked as program editor and organizer for the Academic Film Center in Belgrade from 2005 to 2008 (the new film and video festival ALTERNATIVE FILM/VIDEO, “Videography of the Region”, “Dutch video in Belgrade”; the manifestation “+ – 40 years: 1968 – 2008”, and others).