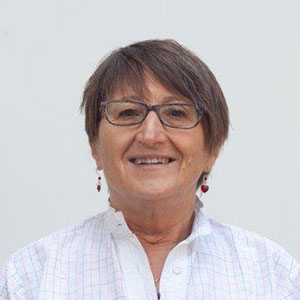 Slavica Vučetić is the financial officer at the Center for Cultural Decontamination.

She has been engaged as a film producer, organiser and head of accounting for numerous years. She worked with the most important film directors of the Yugoslav film. One of the organisers of Art film production group that affirms freedom of artistic production and self-organisation. Her experience regarding the production work is of great importance to the artistic and cultural production in CZKD, especially when it comes to the organisation performances.

She is working in CZKD since its inception. For years, specialising in legal and financial affairs, monitoring all changes in legal frameworks that have taken place in the country, especially for the organisation such as CZKD,  one of the independent, autonomous and self-made institution, overcoming all the conditions of its work in the changing social circumstances, during war and transition. At the same time, Slavica Vučetić specialized and work on international projects and in international cooperation projects.