“Everything Is Under Control” 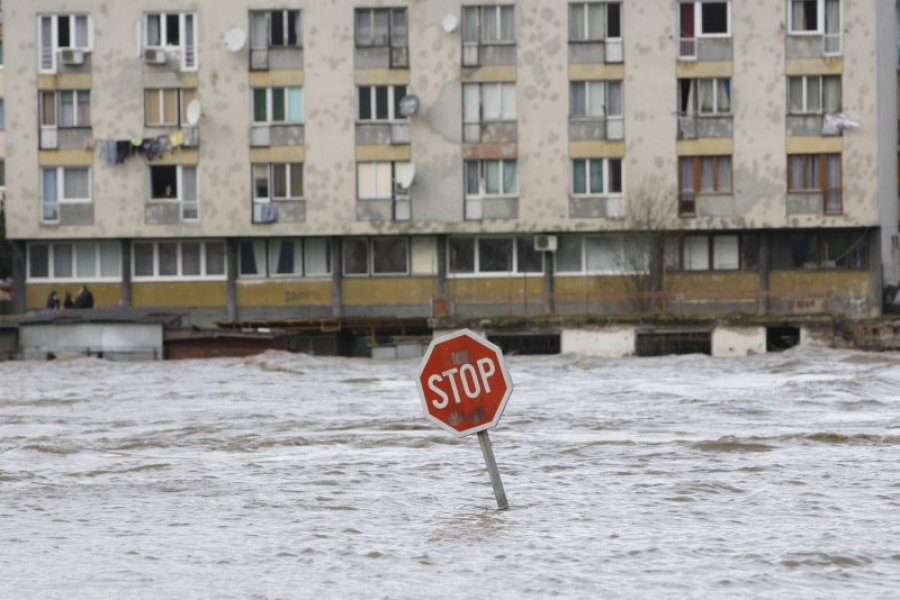 This means that there is little under control.

Yesterday and this morning appeared summer and sunny days. Another paradox of the relationship between nature and people. It seems that it’s all over, but it is not. None of the sun can sweep dry land, restore the status quo ante, the people in nursing homes, the crops in the country. Friends from Kalesije, near Tuzla, went fifteen days ago to see the house, reported that return is impossible, there is no place to go, they say that there is happiness they are in the valley,  but those who are in the hills are flowing along with landslides that carry the living and the dead, the houses slide, the cemetery is in crisis. “It’s worse than during the war.”

Once a writer Biljana Jovanovic, somewhere in the nineties, at the beginning of Armageddon, said that those who survive all of this should be given a medal of merit. Really, when you look back to the history of this flood, the glory to those survivors.

In these long hours of flooding, the sun shines for all the dead that day. It happened in Society; by accident, Yugoslavia emerged from the water in peace, writes and speaks (Vedran Rudan: “If the water does not soon retire, this brotherhood and unity will kill us”; Andrej Nikolaidis, “again the solidarity of the Vardar to Triglav”); the square in Skopje is full of collections for the afflicted. It looks like a reverse image of the unfortunate scenes of vulnerable people and places; “Kotor does not forget” the name of the charity event that collects and sends assistance to the population in flooded parts of Serbia. During an earthquake in Skopje 1963 and an earthquake in Kotor in 1979, each gate was filled with craftsmen and workers, the Macedonian companies and Crnotravci. Some day before I read it was almost depopulated and Crna Trava was barely there (this was before the flood), the town of Kotor was punctured and the huge concrete slabs “implemented” in the footer of Kotor were dismantled by rainwater and seawater, the central problem of Kotor is to rebuild the infrastructure that allows life in the city.

We read the Sava river bed is still not cleaned from the nineties, and it’s construction is surprising, technical barriers instead of bags of sand, that if thousands of people filled with shovels, they could have filled them to the force.

A song that is circulating the internet by the author Miljane Stevic writes:

“The river Drina whispered to the Sava River, a story of the flood.

I have decided, sister Sava, to return all to place.

I will pour out of the bed, to sink half a grain.

Roads will sink and all roads covered.

To remind many hearts, what is brotherhood, what is unity,

Because then when you lose, there is brother to the brother love.

Many hearts will hear for the one Father – God.

To him they pray, and they love brother Croats.

From their lips flowed prayer for Muslims.

Let brother remember his brother, to be no more war. “

Thus, a picture of Croatian rescuers pulling people from floods was published by supporters in Serbia, with the message “help people in Slavonia.” “Cataclysm of nationalism”, as it was commented by the media networks. Because “War Started at Maksimir.” Novak Djokovic took action in the  international media in Serbia and Bosnia saying, “You see that eastern Croatia has been hit by the floods. I sincerely hope that it will not have the same extent in Serbia and Bosnia. Take care of yourself. “

While the whole world, especially the surrounding regions, rushed towards us, we’ve encapsulated the constant accompaniment of flooding, no international news, there’s nothing but our trouble, it’s a kind of usurpation of tragedy and catharsis. It is ours, this tragedy. At the same time, the usurpation, usurpation of sociability and solidarity, which occurred, leading to homogenization, to the threats that each dissonant tone is treacherous. This is again not allowing people to deal with the truth.

(I’d like to be reminded, as well as many that I meet, the relationship between citizens and the state at the time of the bombing in 1999 and the differences between solidarity and homogeneity.)

What you hear on social networks is not to be trusted to raise panic, and when Prime Minister Aleksandar Vucic said that in Obrenovac a dozen people died, along with those who have died, then you have the right to ask about the number of dead and missing; Today it was announced that over seven hundred people have disappeared, not who of them are alive and who are dead. I want to say that officials responding to questions asked on the social networks seek to deny the news that has just appeared before them. Are they honest or not, it’s hard to judge without personal insight, and it is, like so many times before, a relationship to reality, our reality, and the reality of society.

At the same time, there are such methods described by people on the ground that show such a willingness to sacrifice and deny all automated “stories” about the apathy of society, of anomie, the isolation of Belgrade from Serbia, and selfishness and indifference of young people “who just sit in cafes “.

There is the tragedy of a man who drowned a woman and a child, while he saved the neighbors. Roma women are breastfeeding children, having no other way to help injured people. There have been amazing examples of human strength and a society for the future, recognizing that implies recognition of heroism “after the war”, which did not happen. And the consequences were in the collapse of the post-war history, the one downfall that could not clean the sump basin.

“National solidarity and self-organization are the way out of the crisis!” “Who lives and who dies is a question of class. Therefore, it is a matter of life or death to the workers and the poor of Serbia to face the challenges that await us. Self-organization of the people and the solidarity of organizations that prevents the negligence of the authorities developing into a complete collapse of our citizens and the country is an inspiration and an example of how it can otherwise pass through the difficult period ahead. Instead of relying on the incompetent government, it is necessary to form an organized attempt to resist the government in the future and for employers to shift the burden of victims to all of us. It’s time to tell them to stop the benefit for us and that they pay for the crisis the country is in. It is time to take away the power that we narrow the right to self-organization. “(Organization Marks 21)

“Serbia! Damages and those who have received 20,000 dinars, and have a tuition fee of 150,000 dinars and to whom you cannot made a condition of employment, are defending you. Remember! “

“Bravo to all who joined in social media group #bicycleonthewater.” we just released this on Public Radio, this means that it will involve more people and we need to be more precise and more accurate. We must be accountable to the people who are waiting for information, they have no one to trust and are exposed to falsehoods and fear. It is important to share your personal information. You can not be anonymous, your name means your responsibility. “
The floods are water, a large mirror, citizens have ironized mirroring authorities as “helpie” (depicting themselves as helping, derived from “selfie”),this time sociability does not allow converting tragedy into farce. To the Theme Narcis for the second time, after all, today is the day of mourning (encapsulated excluded “other” cable and other television), and not “I believe it will be.” Enough with the “trust”, the citizens, the new society can say, “I see and I know”.