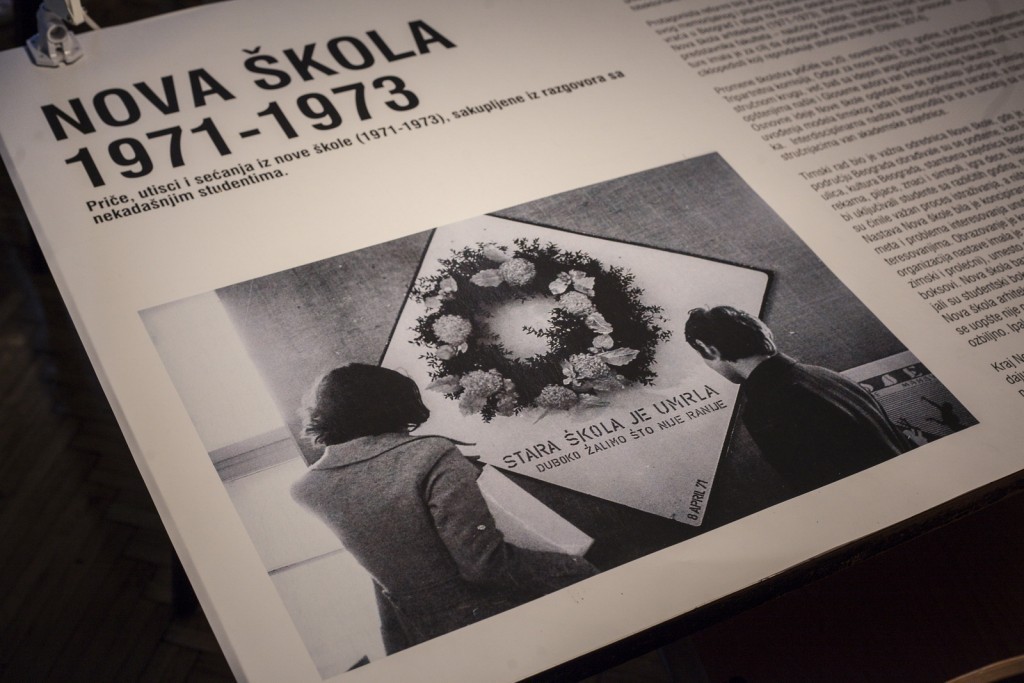 THE NEW SCHOOL OF ARCHITECTURE

The 1968 events and the revolt have shaken the Belgrade University as the students protested in the struggle for economic and political democratization. Although this tumultuous period did not result in any major changes at the level of the whole of the Belgrade University, the Faculty of Architecture was the one where those quakes had a significant effect. Therefore, the Faculty of Architecture experienced a period of radical educational reforms at the beginning of the 1970s.

The main protagonist of those reforms was Bogdan Bogdanović, a professor and one of the leading architects of the time. In the 1970, after a 10 month research trip to the USA, Bogdanović returns to Belgrade to become the dean of the Faculty of Architecture and shortly after establishes the New School of Architecture (1971-1973).

The educational reform was implemented by a tripartite commission comprised of the representatives of all the faculty groups – the faculty staff, the students and the graduates, i.e. young architects. This New School proclaimed as its aim to cultivate an architect as a researcher that “produces” new knowledge therefore representing an alternative to architect as an encyclopedic character that would only reproduce the acquired knowledge (Đilas, 2014).

The educational reform was inaugurated on the 20th of November 1970 by the first Communication of the 14 in total, issued and circulated by the tripartite commission – the New School Council. The goal of those communications was the exchange of knowledge and ideas not only within the narrow professional circles but in a much wider context of general public and professionals from other fields. In that spirit, alongside the Communications that contained the analyses and the suggestions by the professors, the students and the young architects, there was also the Glosema that published the points of view and the ideas of authors from outside of the faculty.

The basic principles of the New School reflected an effort to strengthen the profession in terms of rethinking the human environment, of introducing the models of team work and the interdisciplinary collaboration especially in the field of humanities and social sciences. As one the main innovations, the interdisciplinary lectures was realized in collaboration with professors and students from other faculties as well as with experts from nonacademic communities.

The team work model was one of the most important determinants of the New School, while the main interdisciplinary topic was the urban environment. The application of this to the Belgrade area meant the development of subtopics such as The historical development of Belgrade, Kalemegdan, A street in Belgrade, The culture of Belgrade, A housing unit in Belgrade, A  house in Belgrade, The health of the city, The life on Belgrade’s rivers, The market places, Signs and symbols, Children playing. The students would, after selecting a topic, establish interdisciplinary teams that included students from other study years, professors and associates, as well as suggest the working program themselves. Discussions were an integral part of the research process, although the elements of work and play were equally important.

Teaching in the New School was diversified by introducing more facultative subjects and interest areas within the chosen topic in order for the students to be able to form their own professional profile (of an architect). In this way the students would adjust their education to their own needs and interests. The educational process itself was conceptualized according to the model of permanent learning through different kinds of teaching. Those innovations and the changed organization of teaching were introduced with an aim to rationalize working hours as well as the usability of the existing space. Therefore, instead of semesters the trimesters were introduced (the autumn one, the winter one and the spring one), as well as the 28 working-hour-week instead of the previously practiced 36 working-hour-week. The spatial novelty was the introduction of the boxes. The New School was based on the direct approach and the work in small units. The professors’ offices acquired a new role – since they were spacious enough to accommodate up to 15 students, they have become student boxes. Simultaneously, larger halls were divided by light screens into three boxes, three smaller units. The boxes contained students’ working units and they were allowed to design them freely. One of the New School stresses was to increase the dedication of the professors to the students and to establish a more direct relation between them. It meant that every student had his/hers permanent place in a box, while professors were obliged to come to student’s working place.

The New School of Architecture provoked both enthusiasm and opposition. One of the paradoxes of this radical approach was that it was not countering the ruling political system, so that it could be even said that it seriously took the proclaimed socio-political values – it was an effort to establish a veritable student self-management system. Nevertheless, this approach was not at all suitable for the more conservative teaching cadre.

The New School ended abruptly. However, some of its legacies proved to be long lasting. The results of the New School can be seen in a more flexible curriculum, in focusing more on the studies of the urban environment, as well as in introducing interdisciplinary methodology. Still, the New School remains to be a topic that is not yet satisfactorily researched.

A VILLAGE SCHOOL FOR THE PHILOSOPHY OF ARCHITECTURE IN MALI POPOVIĆ

Bogdanović, after the end of the New School at the Faculty of Architecture, continues his experimental approach to students and learning process in Mali Popović where he establishes the so-called Village School for the Philosophy of Architecture (1976-1990). In the village of Mali Popović in the vicinity of Belgrade, Bogdanović repurposed an abandoned school to accommodate students that have shown interest and potential for a different kind of teching. This “semi-private” abd alternative village school did not have a fixed schedule of lectures, but instead developed new methods of approaching the architectural practice that was based on heuristic, researching play.

Much like the New School, the Mali Popović school focused on team work, while Bogdanović was more of a catalyst of the knowledge than its tutor. Bogdanović’s radical approach was even more present in this village school, where the study group was gathering during the summer semester weekends and created a fictional civilization by imagining myths as the basis for establishing a city. This seemingly innocent creative play was radically stressing the unbreakable bond between culture and the built environment and the city as a cultural phenomenon.

The Village School for the Philosophy of Architecture represented a strange mixture of an urbanism workshop, artist performance and group therapy. Bogdanović and his students have seen this alternative village school over 15 years as a space of liberation from everyday routine, as a place for a free playing city.

Bogdanović, B. (1966.) The Urbanist Mythologemes

There was a Green box in the village of Mali Popović, a cardboard box that served to archive the realty without censorship or self-censorship. The contents and the destiny of this extraordinary box was described by Bogdanović in his last book – The Green Box. It comprises thoughts, written down and drawn, that were accumulated over the years in the Green Box. Bogdanović became politically repressed after his 1987 letter to the Central Committee of the Socialist Republic of Serbia. The authorities focused on the Green Box knowing the importance of it to Bogdanović, although it contained nothing but imaginative heuristic adventures. The box from Mali Popović was eventually salvaged by his students.

We were building a Tower of Babel, a grand tower of misunderstanding. The students had a task of recording their dreams for a few days and to extract from those night visions some insight into how a tower of universal wisdom in our present unfinished and unfishable world could be imagined, as well as how tragi-comic it would look.

The author of the Bogdan Bogdanović An Introduction to the Oeuvre project: Ljubica Slavković

The event was supported by Austrian cultural forum, TRADUKI i Ministarstvo kulture i informisanja Republike Srbije.

More photos on: Bogdan Bogdanovic – introduction to the Oeuvre

Follow up: On Bogdan Bogdanović’s Creative Work: An Introduction to the Oeuvre 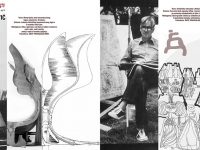 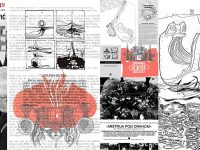 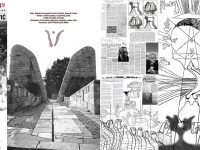 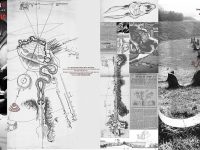 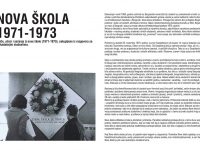 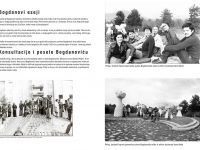 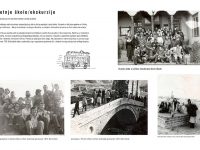 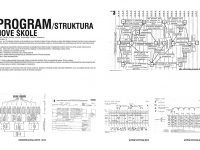 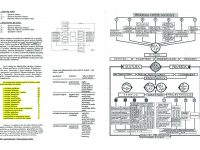 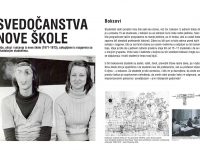 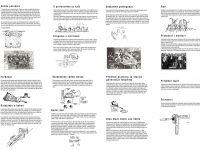 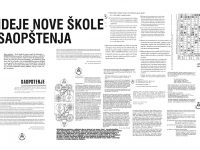 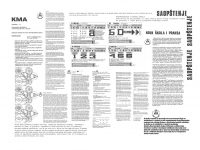 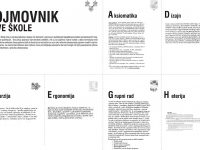 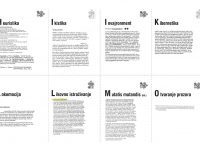 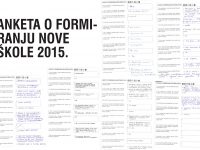 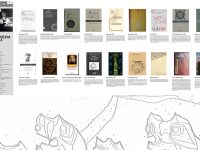 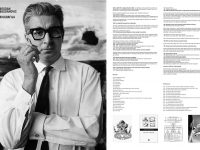 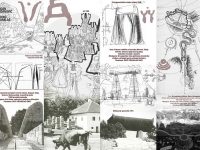 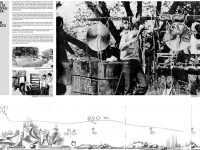