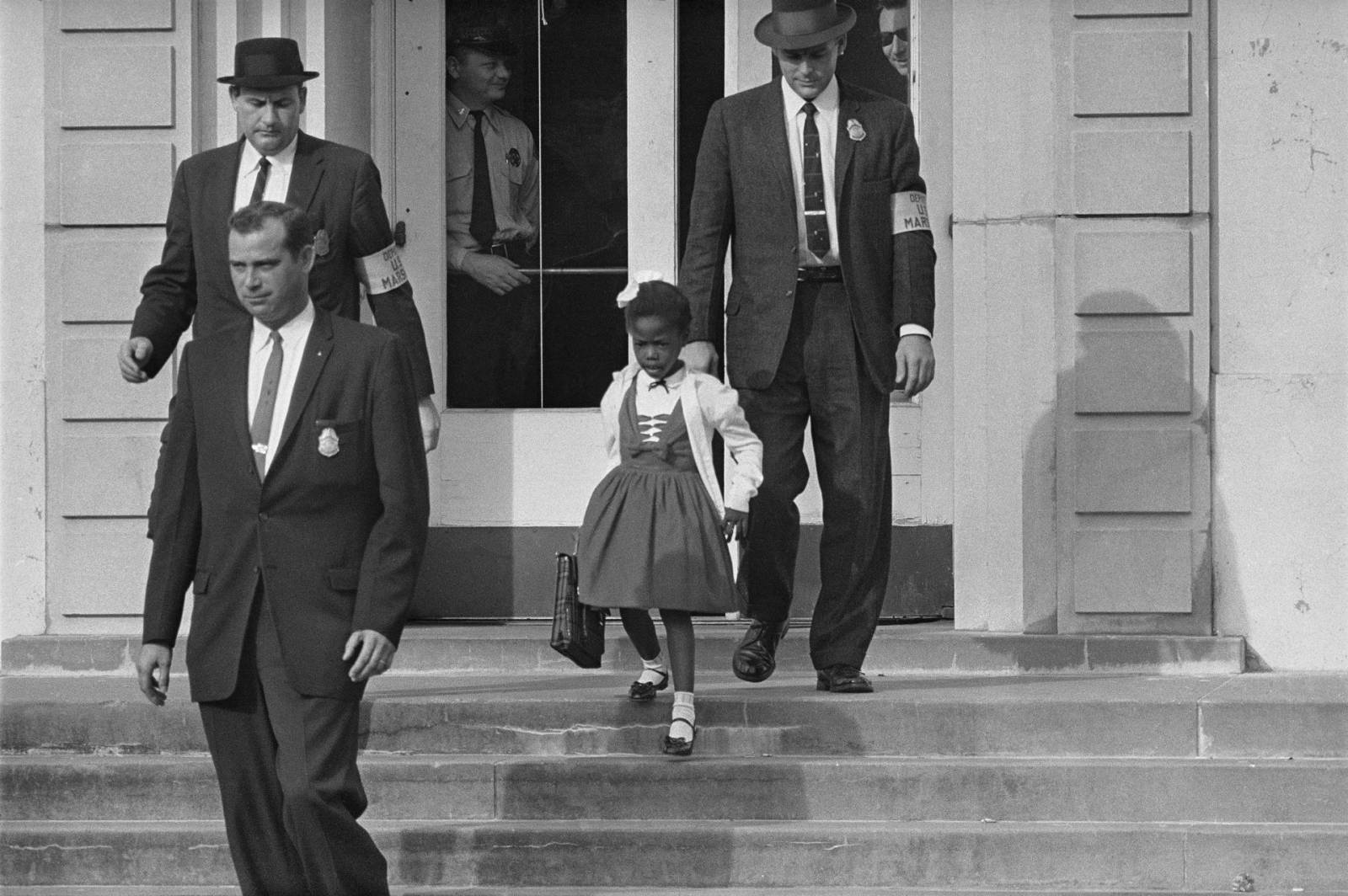 Ruby Bridges, the brave little African American girl’s entry into an all-white school on November 14, 1960.As soon as Bridges entered the school, white parents pulled their own children out; all teachers refused to teach while a black child was enrolled.

Only one person agreed to teach Ruby and that was Barbara Henry, from Boston, Massachusetts, and for over a year Mrs. Henry taught her alone, „as if she were teaching a whole class.“

Every morning, as Bridges walked to school, one woman would threaten to poison her; because of this, the U.S. Marshals dispatched by President Eisenhower, who were overseeing her safety, only allowed Ruby to eat food that she brought from home.

Another woman at the school put a black baby doll in a wooden coffin and protested with it outside the school, a sight that Bridges said „scared me more than the nasty things people screamed at us.“

At her mother’s suggestion, Bridges began to pray on the way to school, which she found provided protection from the comments yelled at her on the daily walks.